Is Bebe rexha dating Louis Tomlinson? From her spicy relationship to her bio, get in. 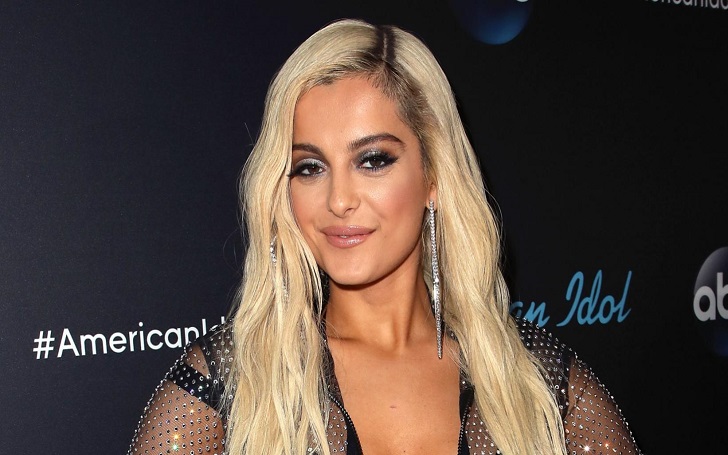 Have you seen Bebe Rexha’s butt lately? The butt is expanding, so are her relationship rumors. When the concerns are heavy, a single spark of rumor will burn the whole forest down. Louis recently had a patch up with his ex-girlfriend but what about Bebe Rexha?

Is she really pulling her strings? Did she found the boyfriend she’s been looking for? It’s really complicated but we got you the answer. So let’s get in and know about Bebe Rexha’s wiki-like bio along with her real relationship and net worth as of 2017.

So Bebe Rexha And Louis Tomlinson? Or Anyone Else?

The rumors between Bebe and Louis heated up when Bebe collaborated with Louis for his debut single. The fiery lyrics of the song motivated people to speculate that the song is about Louis and his ex-girlfriend, Eleanor Carder. Since Bebe is in the song, people did not hesitate to think of them as a new couple.

Later the pair was seen hanging with each other In Las Vegas. The photo of Louis putting his arm around after their iheartRadio festival performance broke the internet.

The speculators smelled something fishy until this video emerged.

The “I got you” singer told in the same festival that she and Louis are like brother and sister. The rumors have brushed off since then.

So Who Is Bebe Rexha Dating Now? Who Is Her Boyfriend Then?

After the heartbreaking breakup with her ex-boyfriend, Alex, it seems that Bebe is single and isn’t dating anyone. It’s a shame that her ex-boyfriend broke up with her over a text and she is lashing over him since then. Their relationship ended in August 2015 after 18 months together.

It’s been two years but she seems to have been so heartbroken by that incident that she hasn’t gone into such dating thing since. Her reply to the tweet “Do you have a boyfriend?” on 29th May 2017 also shows that the blonde beauty isn’t dating anyone.

Though she had rumors with Martin Garrix and G-Eazy rumors are rumors right? It didn’t turn out to be true.

Bebe was born in Brooklyn, New York to Albanian parents, Flamur Rexha and Bukurije Rexha. Born in 1989, she celebrates her birthday on 30th August. At the age of six, Bebe and her parents shifted to Staten Island, New York. Bebe Rexha’s age is 28 now.

Rexha joined Tottenville High School where she joined choir classes and took part in a variety of musicals. Although her parents were ethnic Albanian, she is of American nationality.

Her blonde hair and attractive butt combine well with her height of 5’5”.

Bebe Rexha Net Worth and Career

The American singer, songwriter and record producer started her career in 2010 as a lead singer of “Black cards”. “Black cards” was an experimental project of fall out boy’s bassist Pete Wentz. She left the project in January 2012 and signed with Warner Bros. Records as a solo artist in 2013.

You May Also Like: Elena Moussa Married Life, Husband, Net Worth, Earnings, Wiki-Bio, Age, and Height

On March 21, 2014, she released her debut single “I can’t stop drinking about you. The song peaked at number 22 on Billboard’s Top Heatseekers. Her singles like “ In the name of love”, “ I got you” were a chart leader in many countries.

She has co-written many hits like “The Monster”- Eminem and Rihanna, “Like a champion” – Selena Gomez, “Hey mama”- David Guetta etc. Bebe was also featured in many songs during her career.

From her illustrious music career, Bebe has accumulated a net worth of $4 Million.