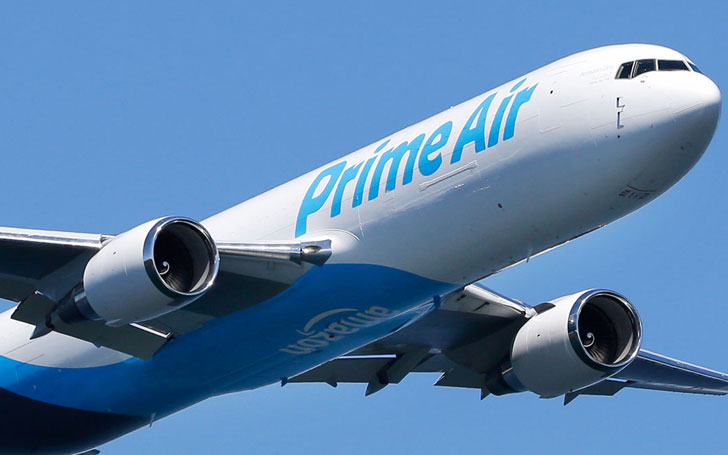 Terrible news from the south side as Amazon Prime Cargo Plane crashes near Houston!

According to reports, Amazon Prime Cargo Plane which was flying over to the South, from Miami to Houston, reportedly crashed in Houston, Texas.

The plane tumbled down into the Trinity Bay this Saturday afternoon. On the plane, there were three people on-board, officials stated. The cargo was shipping cargo from Miami to Houston.

Also, See: Jacqueline Jossa and her husband get married in Cheshire home in a fairytale wedding!

According to the Chamber’s County Sheriff Brian Hawthorne, the accident itself was a very devastating one and there’s a very thin chance that anyone aboard would have survived.

You can take a look at the video with all the details regarding the crash!

These are live images from where a cargo plane went down in Chambers County. We're told three people were onboard. https://on.khou.com/2Ess6iU

“Knowing what I saw I don’t believe anyone could have survived.”

The KHOU in Houston also added,

The outlet also claimed there are no signs of survivors. It’s tragic news for all the family members of the official who passed away from the crash.

Amazon Prime handed over the responsibility of transporting the cargo in the huge Boeing 767, with twin-engine, to Atlas Air. Unfortunately, while it was traveling from Miami to Houston, it stumbled into the Trinity Bay, near Anahuac, Texas at around 12:45 p.m. CST, the Federal Aviation Administration claimed.

The FAA Had Warned The Cargo Plane

The FAA, while the plane was traveling to its destination, issued a warning to the pilot regarding the loss of radar and radio contact from them. At that time, the plane was only 30 miles due from the airport, Houston George Bush Intercontinental Airport.

The E-Commerce, while expressing their deepest condolence said in a statement,

“Our thoughts and prayers are with the flight crew, their families and friends along with the entire team at Atlas Air during this terrible tragedy. We appreciate the first responders who worked urgently to provide support.”

At the moment, the FAA are now investigating the crash and further details regarding what caused the crash will come out in the open soon.