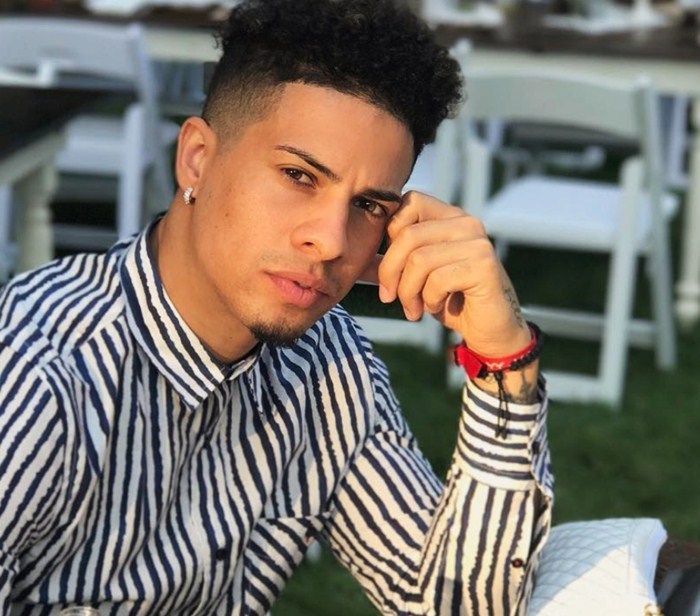 YouTube is the fastest growing digital podium, and it’s undeniable. The world of social media is thriving along with thousands of YouTubers and millions of global audiences as a proper platform for expressing creative ideas and for recreational purpose.

Likewise, Austin McBroom is the name of a successful YouTuber of his generation for his creative family videos. Along with his YouTube career, his audiences are excited to know Austin McBroom dating life and his girlfriend. So, who is Austin McBroom girlfriend?

If you’re following Austin in any of his social accounts, then you might know about his girlfriend. Along with his girlfriend, he owns a common YouTube channel named The ACE Family.

Thank you to everyone for all the love and support, we could never thank you all enough. Join the ACE Family and continue to follow us on our life journey.

Austin McBroom is dating his girlfriend, Catherine Paiz. His girlfriend is a fitness model, TV host, and Instagram star too. The duo first met at a party in 2015. Since then, they are in a romantic relationship.

Back in August 2017, he this couple engaged to each other with a romantic love proposal. Initially, they went for skydiving, and later he surprised her with a ring. As a result, both of them burst out into tears and treasured the moment in one of his YouTube videos.

As of now, Austin hasn’t married his girlfriend yet. However, as they are already engaged, they might give us good news of their marriage soon. Hence, we will update you once they announce their wedding date.

Austin and his girlfriend haven’t married yet, but they are not less than an ideal family. The power couple is blessed with a baby girl named Elle. His girlfriend, Catherine gave birth to their first child on May 28, 2016.

Additionally, in February 2018, they announced that his girlfriend is pregnant and expecting their second child together. His daughter looks adorable in his YouTube videos and Instagram posts.

Well, we all know Austin and his partner were expecting their second child together, she has already seen the world now. Austin McBroom and his partner, Catherine Paiz, have given birth to another princess, a baby girl, Alaia Marie McBroom on 17th October 2018.

Do you know what, their first child Elle Lively McBroom is now 3 years old!

Speaking of Austin McBroom net worth, his joint YouTube account with his girlfriend helps him generate an annual income ranging from $339.4K to $900k. Many big brands even collaborate with him. Those kinds of endorsements and sponsorship are increasing his net worth.

In the beginning, Austin was a basketball player at Campbell Hall School. In his senior years, he used to score 25 points per game. Moreover, he played for Saint Louis University program for the 2011-12 season.

ACE Family we now have an army of 8million ACE Family members 🎉🎊🎉 We can’t thank every single one of you enough for all the love and support that you all continue to show us. Let’s continue to grow and make the world a better place. We love you all 💙 pic.twitter.com/ZolxymthGF

However, right after his college basketball career, his stardom went from ground level to new heights. Consequently, he created a collaborative YouTube channel named ‘The ACE Family,’ along with his girlfriend. His YouTube channel posts videos regarding family contents like pranking videos and family goals.

In fact, his YouTube channel has more than 14.6 million subscribers. Hence, he makes sure his subscribers never get bored watching the daily lifestyle video blogs of his family. So, he often adds exciting contents and varieties in his YouTube videos.

Austin McBroom was born on May 20, 1992, in California to his parents Allen and Michael McBroom. Therefore, his current age is 26.

Further, he spent his childhood along with his brother, Landon.

Concerning his education, Austin went to Campbell Hall School. Likewise, he graduated from Eastern Washington University with a major in communication with 3.9 GPA.

Furthermore, regarding his build, his height measures 6 feet and he weighs around 77kg.