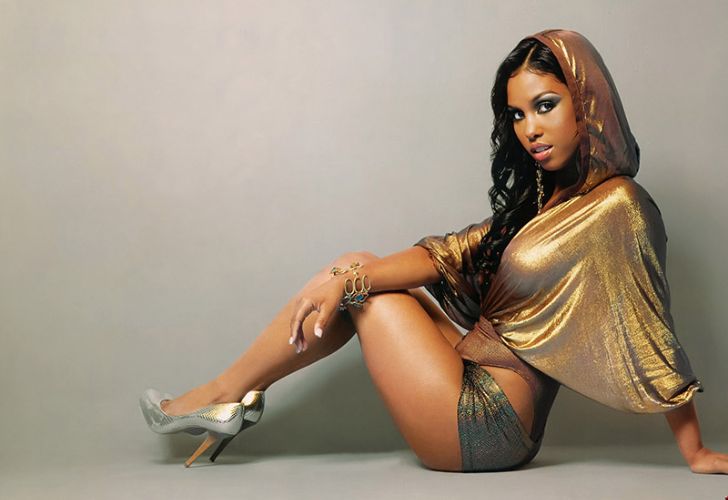 No wonder that everyone knows the famous American dance group The Pussycat Dolls. If you know them, then Asia Nitollano is a name you must’ve heard. She is the winner of the television series Pussycat Dolls Present: The Search for The Next Doll.

Asia Nitollano is a famous American singer, dancer, model, and cheerleader. You must be wondering what she is doing lately, how much money has she earned? And, even who’ she dating? Let’s find out!

The beauty pageant Asia Nitollano is full of glamour and style. That’ why there is no doubt she lives a luxurious life. As of 2020, she holds a net worth of $1 million.

Asia garners such fortune from modeling, dancing, singing, and cheerleading.

Winner of The Pussy Cat Dolls Present: The Search for Next Doll

Asia won the television show The Pussy Cat Dolls present: The Search for Next Doll in 2007. The show was organized to find the seventh member of the group. The judge and Pussycat Doll founder Robin Antin cited the media that Asia wasn’t the strongest vocalist, but she was the best all-round performer.

Want to know: How Much Has Knight Kiplinger Earned from His Career

After winning the show, Asia interviewed with the Entertainment Weekly, where she said:

I couldn’t believe it. I honestly knew it could be any one of us. I was just hoping,” Let this be my chance, let this be my moment.” And when they called my name, it was just, ” You’re kidding me.” I wanted to be like, “Where’s my mom?” I couldn’t wait to tell everybody. I always told my grandmother- she passed away-that “I’m gonna make it, and I’m gonna buy you a house, and I’m gonna be famous.

The CW entertainment president Dawn Ostroff reported, “It was totally her call, and she never was contractually obligated to join the Pussycat Dolls.”

After the Ostroff announcement, Nitollano had been questioned on her position in the group. She actually never performed with the group except in the finale and was absent in the group’s high-profile performances Live Earth 2007. Hence, she left Pussycat Dolls declaring she is focusing on her solo career.

The 31-year-old Asia does modeling and commercial advertisement besides singing. Her shots for the Sean Jean women’s clothing, named her one of the faces of Angeles, the brand’s new collection of sportswear. She even modeled for King Magazine.

Asia was a cheerleader before she grabbed the spotlight. She returned to the New York Knicks in July 2009 and was selected as a finalist for the 2009-2010 Knicks City Dancers.

Asia Nitollano: The Dancer and Singer

Asia is a great dancer and singer. She hasn’t released her music album but she consistently does concerts. Through several sources, we came to know that Asia signed a recording deal with The Inc. Records, but unfortunately, she hasn’t released any songs.

Asia is very active on Instagram and Youtube Channel. She runs her own Youtube Channel where she states that she is working on her unsigned album lately. Surfing her insta post, she works as a dancer in the famous club Play Boy and Sushi Roxx.

The average price of the BMW is $41,000. Asia owns cholate and white-colored BMW.

Asia Nitollano is the mother of a fifteen years old daughter, Thais Nitollano. Nitollano becomes a mother at the age of 19. When she participated in the CW’s reality show, Thais was already one and a half old years.

The life of a teen mom is not easy. But, Asia managed quite well. She raised and nourished her daughter on her own. And now, just like her, Thais is a singer and a dancer.

Check out the fantastic dance of Asia with her Daughter.

If you enjoy our article, do visit The Celebs Closet for more articles on actors and actress.