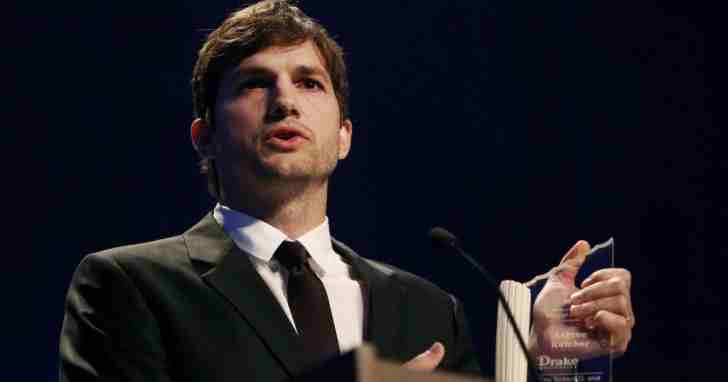 Ashton Kutcher is one of the most accomplished actors in Hollywood. Although, he is a big star he is humble enough to credit his twin brother, Michael for a lot of things. From being the positive influence to teaching him how to love.

Ashton Kutcher played a lot of roles from movies to TV series. Moreover, the actor is well known for playing comedic roles throughout his career. Let us know more about his relationship with his brother and as well as his career along with his net worth.

The actor/producer, Ashton Kutcher loves his twin brother, so much so that he attended the University of Iowa and studied biochemical engineering. Driven to find a cure for his dear twin brother Michael Kutcher’s heart disease.

Furthermore, Ashton helped his twin brother to overcome his disability when they were in elementary school. While they were playing basketball Ashton made a shot called ‘right hand’. As Michael walked away already concluded that he could not make the shot, Ashton told him,

“You can do anything you want. I can’t make that shot for you. Mom’s not here; she can’t do it for you. It’s your challenge. Stop using your disability as a crutch. This is your obstacle.”

However, he did not make the shot when he tried, but he kept those words in mind all these years. And currently, he is a spokesman for Reaching for the Stars, an organization advocating for children suffering from cerebral palsy.

The amazing actor Ashton Kutcher married twice so far. He is currently married to his co-star of That ’70s Show Mila Kunis. They started dating when Ashton’s divorce with his first wife was in process.

Ashton Kutcher and his wife Mila Kunis first met each other on the sets of That ’70s Show in the late ‘90s. Though the pair met way back, they only started to find each other attractive later on.

Quick Fact: Ashton Kutcher tried to set Mila Kunis up with one of his friends and she was invited to Kutcher’s house but things changed! That day was the first time ever Mila stayed out at a guy’s house!

And later on, in February 2014, Ashton and Mila announced their engagement. Furthermore, in the 2015’s Fourth of July, the couple exchanged their vows in the Secret Garden at Parrish Ranch in Oak Glen, California.

You May Also Like: After Divorce With Miranda Kerr, Who Is Orlando Bloom Dating? Know His Wiki-Bio Including His Net Worth, Career, Movies, and Dating Affairs!

Since their relationship, Ashton and Mila welcomed two children. Their first child was a daughter Wyatt Isabelle Kutcher born on 30th September 2014. And their second child a son Dimitri Portwood Kutcher was born on November 30th of 2016.

Moving on to his first marriage, Ashton Kuter was married to Demi Moore from September 24th, 2005 till the year 2013. They exchanged their vows in their Beverly Hills home.

While Ashton dated Demi, he became rather close with her daughters. So close, in fact, her daughters used to call him “My other Dad”.

Recently, Mila Kunis spoke about her and her husband Ashton Kutcher’s married life, and she says, her relationship with her partner is still in the honeymoon phase.

We still really love and like each other daily.

Mila also stated that her husband doesn’t annoy her. She says the duo has been together for only a handful of years. Well, there’s more to come, right?

Past Relationships of Ashton Kutcher

However, there were also some rumors of him and other actresses being in an affair at the end of his marriage with Demi Moore. Some of the names are Brittney Jones, Rihanna, and Sara Leal.

How Much is Ashton Kutcher’s Net Worth?

Ashton Kutcher’s current net worth is approximately $200 million. The actor earned his wealth from his success in the show business.

Since his breakthrough in 1998 with his role in the popular sitcom at that time That ’70s Show. Kutcher starred in many popular movies and TV shows.

Here are some of the movies he was a part of and their budget and as well as their box office collection;

At the start of his career, Ashton Kutcher used to be a model for Next Modeling Agency in New York. Later on, he appeared in the commercials of the brand Calvin Klein.

Eventually, he made his debut in acting on the TV series That ’70s Show from 1998 to 2006. He is also the star of many comedy movies as well as comedy romance movies.

Besides, he has also starred in the show, Two and a Half Men alongside Charlie Sheen, Jon Cryer, and Angus T. Jones.

And in 2019 Ashton Kutcher is said to be in drama movie The Long Home as the character of Nathan Winer Sr. He is starring alongside Isabel Pakzad‘s beau James Franco and Josh Hutcherson.

The actor/producer was born on February 7th, 1978, in Cedar Rapids, Iowa. He was born to Diane Kutcher his mother and Larry M. Kutcher his father. He is of mix ethnicity of Czech, German and Irish. As for his nationality, he is an American.

When you 22 month old drops and f bomb and it is (not funny) except it's really funny and you can't laugh. #baddads #badmoms

Furthermore, Ashton was raised in a Catholic family, alongside his older sister Tausha and his fraternal twin Michael. Due to his brother suffering from heart disease it was always stressful in his home.

Ashton Kutcher attended the Washington High School in Cedar Rapids. However, when he moved to Homestead, Iowa, he enrolled to Clear Creek Amana High School.

During his senior year, he went through a tough time because his parents divorced when he was 16. He was arrested when tried to steal some money from his high school, for which he was charged with third-degree burglary and was sentenced to three years of probation and 180 hours of community service.

Ashton later enrolled at the University of Iowa in August 1996, where he was a biochemical engineering major. Motivated to find a cure for his twin brother’s heart condition. He later dropped out of college and started modeling for Next Modeling Agency.

Best Moment of Ashton Kutcher in Two and a Half Men

Standing over one meter Ashton Kutcher stands at the height of 6 feet 2 inches and as for his weights, he weighs in around 80 kilograms.  His hair color is dark brown and as for his eyes, it is also dark brown in color.

Moving on to his body measurements, Ashton Kutcher wears 11 US shoes and he possesses an athletic body with the measurement of 43inches chest, 31 inches waist, and 14 inches biceps.