Who is Ashton Irwin Dating? Know her Past Affairs and Relationships 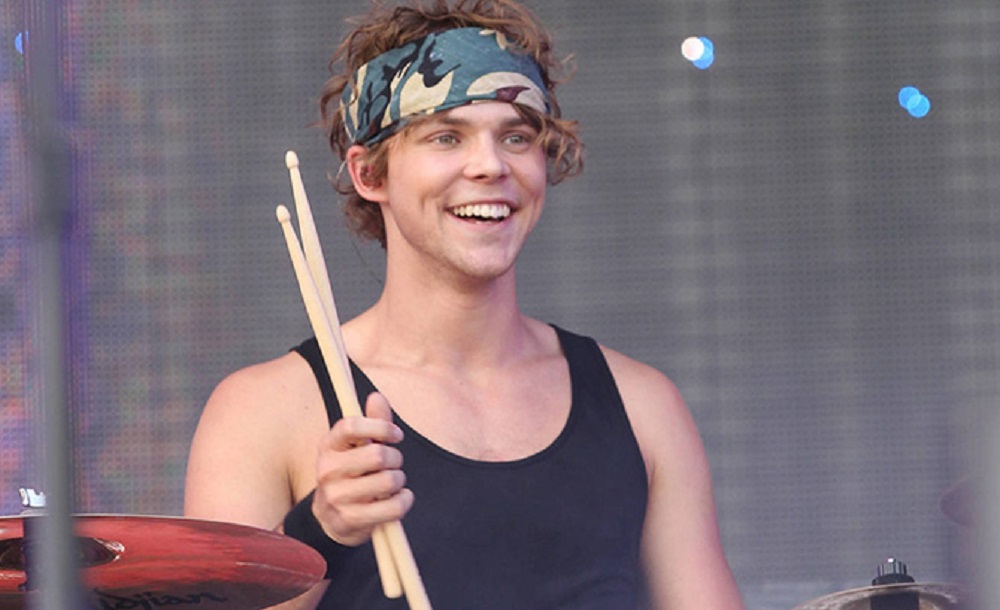 You might remember that Irwin had rumors of dating American television personality and model Kendall Jenner. So, are those rumors true? If not, who is he dating currently? Scroll down to know everything about Ashton Irwin’s dating history and relationship affairs right below:

Who is Ashton Irwin Dating?

Well, you might be familiar with the fact that Ashton Irwin is quite secretive when it comes to his personal life and keeps his lips sealed over his love life. There is very least information about his love life in the media.

However, back in August 2017, tabloids caught Irwin walking with a beautiful yet mysterious girl in Los Angeles. The pair looked comfortable sipping iced tea. Speculations regarding his relationship with that girl swirled around the media, but Irwin did not speak a single word on that particular topic.

Though there are no headlines about Ashton Irwin’s dating relationship in the media. Currently, his Instagram posts make us quite confused about his current relationship status.

On February 13, 2018, Ashton Irwin posted a picture with Sierra Deaton where Deaton is kissing him. So, what is the reason for posting such a photo on Instagram? Does that mean they are dating?

But while surfing around, we came to know that Sierra Deaton is dating Irwin’s bandmate, Luke Hemmings. Thus, it looks like Irwin and Deaton are just good friends nothing more than that!

Read more: YouTuber Jacksepticeye Bio Reveals: Lives Together With His Tumblr Girlfriend: Soon To Get Married To Her?

As there are no reports on his dating relationship currently, it looks like Irwin is currently single and is not in any kind of relationship. Moreover, his Instagram pictures are full of his professional career and concerts with his bandmates.

Ashton Irwin’s Past Affairs and Relationships

Ashton Irwin is currently single, but that does not mean he did not date anyone in the past. As a matter of fact, he had romantic linkings with a couple of girls in the past.

Back in February 2017, Irwin had rumors of dating YouTube star and actress Alexa Losey after he uploaded photos with her on his Instagram. The duo also appeared together in a boat party for YouTuber Remi Cruz’s birthday.

Later, Alexa posted a picture with Irwin and captioned the photo sharing her joys of having a friend like Irwin. This vanished their dating rumors into thin air.

Similarly, Irwin reportedly dated pop singer Halsey as they partied together in November 2016. Halsey shared a photo on her Instagram wearing matching Halloween costume, and this flamed their dating rumors. However, they later clarified that they are just friends.

You might know about Ashton Irwin dating relationship with bikini model Bryana Holly. Media outlets saw the couple hand in hand back in May 2015 in Coachella music festival of America. Similarly, they also showed up together on the streets of London together.

Later, Holly revealed that they have already broken up in an interview on 2nd November 2015. She revealed that the hectic work schedule as the reason behind their separation. However, even though she confirmed the split, media spotted her celebrating the 2015 Christmas with Irwin’s family in Australia.

Furthermore, they also went to Bali for a holiday celebration with other band members. Hence, it won’t be wrong to claim that the pair was in an on-and-off relationship since they began dating.

Holly uploaded pictures from Bali trip on her Twitter (now deleted). She wrote: I am NOT in a relationship with anyone,

In June 2016, Irwin confirmed the breakup and revealed that he is not dating any girlfriend and is a lone wolf.