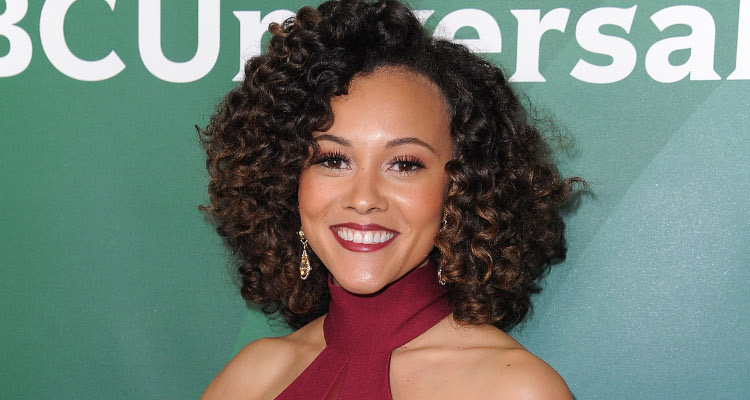 The reality TV show ‘Real Housewives of Potomac‘ is full of twists and turns. Despite being a reality show, the show is full of mix-ups and illusoriness. Similarly, Ashley Darby, who is also an entrepreneur and former pageant holder of Miss District of Columbia shocked her fans when she revealed about the separation of her from her husband. Their fight on camera where Ashley threated Michael about divorce, led many heads turn. However, they are still together; the couple might have unquestionably had tough times on the hit Bravo, but they have resolved the problems that once questioned Ashley Darby married life.

Are you desperate to know more about Ashley Darby husband, children, and her married life? Let’s discover the facts related to Ashley Darby wiki, bio, career, and net worth.

When you truly love someone, age is just a number. Ashley Darby husband Michael proposed her over the River Hudson in 2012 while they were taking a helicopter ride. Likewise, Ashley Darby married her husband, Michael Darby who is 29 years elder than her. Her husband Michael is an Australian Real Estate mogul. She was going through tough times before she met her husband, later Michael helped her to overcome in her life.

Marriage is not easy. That may sound like a simplified way to state it, but there’s so much that goes in to growing with a person and learning to accept each other’s peccadilloes. Add extraneous factors like age, race, family history and you’ve got a Molotov cocktail with Michael and me! We always have to remind ourselves that this is a journey. There is no final destination, just an exciting path with maaaaaany ups and downs. But we gon make it, and so will you ♥️ #marriage #lessons #blessings #rhop

After dating for almost four years, Ashley Darby married her now-husband, Michael in 2014. Ashley Darby husband was previously married to his ex-wife with whom he has two children who were of the same age as Ashley when they got married.

Caption: Ashley Darby is still together with her husband, Michael.

In July 2017, Ashley Darby shocked her fans when she revealed that she and her husband, Michael have separated. With the dilemma in their minds about dissolving their marriage, Ashley told:

“He’s my person.” “We’re taking the time to evaluate exactly what we expect from our relationship and if both of us can give each other what we need. We still really care about each other, so the foundation is there. It’s just a matter of repairing some of the faults in the foundation

The pair had begun living separately in February 2017. The reason for dispute in their married life was speculated to be their age gap as Ashley Darby’s age was in her 20’s and her husband, Michael’s age was 57 then. However, the pair sorted out their indifference and started living together once again in late 2017. Since then, they are happy being with each other.

Ashley Darby is the co-owner of the restaurant called “Oz Restaurant and Bar.” She has a joint business venture with her husband. When it comes to calculation of Ashley Darby net worth, she has garner herself with enough money through her business and her reality series.

As of 2018, Ashley Darby net worth is estimated around $5 million, and she is going to upsurge it in coming days. While on the other hand, her husband being a real estate millionaire from Australia, owns a company called Monument Realty. He has a jaw-dropping net worth of $20 million.

Ashley Darby was born as Ashley Boalch on 8 July 1988. She spent her childhood in Maryland, the U.S with her multiple siblings. She was born as the elder child of her mother Sheila Matthews, but Ashley has never seen her father. She went to the University of Maryland.

Previously, Ashley used to work as the bartender to support her parents and siblings. Later, she decided to take part in the Miss District of Columbia Pageant. Due to her hard work and grace of God, Ashely won the title in 2011. Ashley also participated in Miss America Pageant but didn’t win the title. She earned a scholarship of $5000 and was awarded the John Curran Non-Finalist Interview Award.

Caption: Ashley Darby was one of the contestants on ‘Real Housewives of Potomac.’

In 2016, Ashley became one of six casts of the Bravo’s TV reality show called “Real Housewives of Potomac,” after her dramatic rise to stardom. Later on 2nd Apr 2017, Ashely returned to the second season of the show.

Ashley Darby’s age is 29 as of now. Her nationality is American and is of Afro-American ethnicity. Being born as a Gemini, Ashley celebrates her birthday on every 8th of July.

Ashley has a decent height of 5 feet and a half. Her curly black hair with deep black eyes compliments her light brown skin. She also has a white Maltipoo named Geronimo.