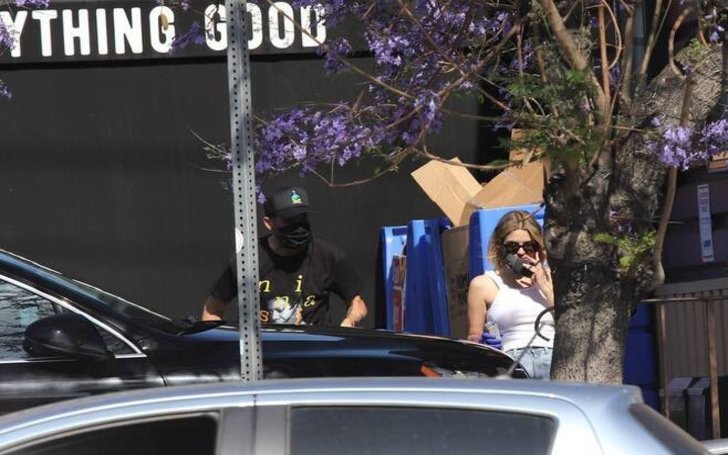 Nearly two months after breaking up with her former girlfriend, Cara Delevinge, actress Ashley Benson has seemingly moved on. Well, that’s what the fans believe so.

Paparazzi recently revealed a series of photographs of the Pretty Little Liars alum running an errand with rapper G-Eazy aka Gerald Earl Gillum at a grocery store.

Both Benson and the I Mean It singer can be seen wearing masks along with sunglasses to take precautions from the pandemic COVID-19 (or also to avoid paparazzi/public attention). The duo as seen approaching the SUV, however, showed no signs of PDA.

Fans then quickly jumped into the conclusion that Benson dumped her ex to be with G-Eazy as one of the, tweeted, “so you’re telling me Ashley Benson broke up with Cara Delevingne only to end up with g-eazy… haha very funny.”

Ashley and the supermodel dated for nearly two years since 2018 before their separation news surfaced this month, as per MarriedWiki. “Cara and Ashley always had their ups and down before but it’s over now. Their relationship just ran its course,” an insider revealed to People.

Whilst Ashley and G-Eazy are yet to address their relationship rumor, the rapper is known for previously romancing Hollywood elites that include singer Halsey, rapper Megan Thee Stallion, Lana Del Rey, and model Yasmin Wijnaldum.