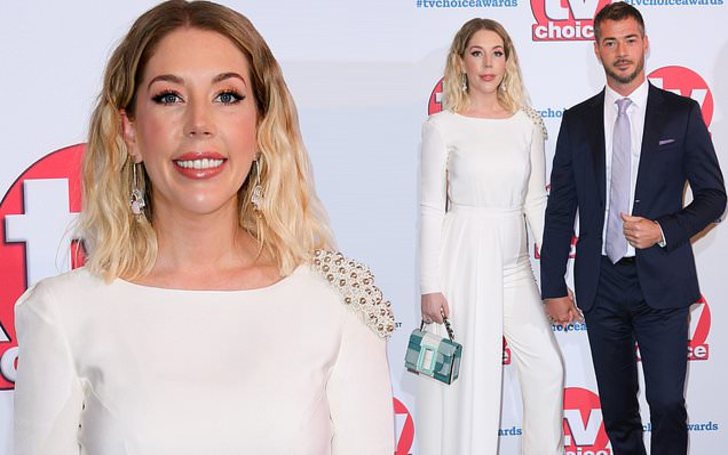 Anything that comes out of Katherine Ryan‘s mouth is peak comedy. Born to be a comedian, Katherine truly doesn’t even need to try to say or sound funny. So, ladies and gentlemen, allow us to introduce Katherine Ryan, a comedian, model, actor, writer, and influencer.

The gorgeous podcaster of Katherine Ryan: Telling Everybody Everything, however, is a taken woman and broke her fans’ heart when she revealed her marriage to long-term husband boyfriend turned husband, Bobby Kootstra, a Canadian engineer.

Whatsoever, one thing is certain that Katherine is more than happy to have found the love of her life in Bobby Kootstra. But, things haven’t always been sunshine for these two. Find out more amusing facts about your favorite couple below.

In May 2020, Katherine Ryan came forward to share the heartbreaking news that she lost her child from a miscarriage in an interview with Laura Whitmore. Ryan shared how embarrassed she felt for being excited before the tragedy happened.

Thankfully, with the immense support of her partner, Bobby Kootstra, it was easier for the comedian to let go of the pain sooner. On the other hand, did you guys know that Katherine and Bobby were once teenagers in love?

Both Ryan and Kootstra were high school sweethearts who won prom king and queen titles. But, the young pair broke up, only to be untied nearly two decades later in 2018. Things got pretty serious again. Likewise, the rest is history.