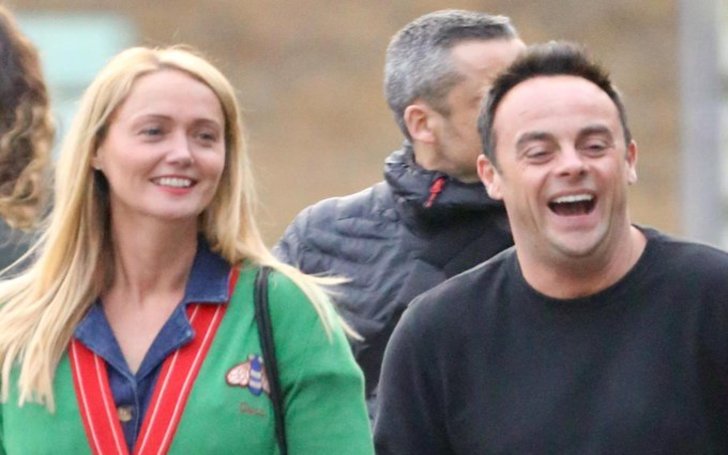 Anthony McPartlin is arguably the best TV show host in Britain. Mr. McPartlin relishes a great career as a TV presenter with having worked on shows including The X-Factor and Britain’s Got Talents.

However, it can’t be said about McPartlin’s marriage and relationship when the UK witnessed McPartlin’s divorce, notorious as one of the most expensive divorces in 2018. But, hey, at least, McPartlin was lucky enough to find love again.

TV presenter Anthony McPartlin seemingly looks more than in love since he found the missing puzzle that fits him perfectly. And, it was none other than Anne-Marie Corbett who completed McPartlin and his life.

Corbett was hired to work for the TV presenter by Ali Astall who is ironically McPartlin’s TV partner and best friend, Declan Donnelly. It’s believed Anne and Ant got closer after the TV presenter left for rehab as he was arrested in March for DUI.

In addition, it was Anne who helped him with his recovery, and Ant found his support and solace in. Corbett, likewise, was married to her first husband, Scott with whom she shares two children. And, since 2018, the couple has been going stronger for two years.

It’s hard to believe that Anthony McPartlin and her former wife, Lisa Armstrong whom he remained married for eleven years parted ways in late 2017. Clearly, the couple set marriage & relationship goals for their fans.

After all, McPartlin and Armstrong were married for eleven years but together for more than that. Ant and Lisa met young in 1994 at an event. Well, Lisa was performing with her girl group, Deuce.

McPartlin then popped the question in 2004 during a romantic getaway in Dubai. The couple walked down the aisle in 2005. But, eleven years later in January 2018, McPartlin and Armstrong announced their separation.

McPartlin and Armstrong’s divorce battle took over for two years before it was finalized in April 2020. McPartlin is also believed to have won a divorce settlement of £31 Million.