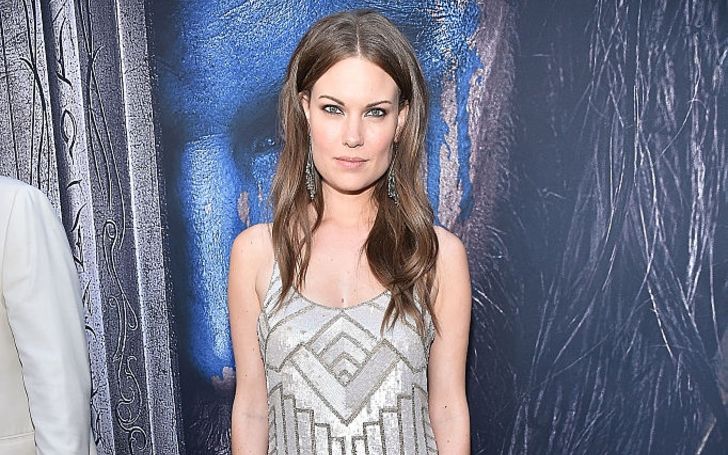 Anna Van Hooft is a Canadian television, film, and voice actress who came to limelight after starring in the television series, Flash Gordan. The actress is famous for her gorgeous looks and acting skills in series like Cedar Cove and Fringe.

The Canadian actress also worked as a voice actress in the television series, Trollz with a leading role. Want to know more about the actress? If yes, then read the whole article!!!

Anna Van Hooft possesses a net worth of $300,000. She garnered that fortune from her acting career.

The Canadian actress started her career as a television actress. In 2000, she debuted in the television series, Caitlin’s Way. Since then, she appered in many television series like CSI: Crime Scene Investigation, True Justice, Human Target, Supernatural, and Life Sentence.

Hooft also worked in various television films in her career. Just after debuting on television, she landed the role of Samantha in the 2003 television film, The Incredible Mrs. Ritchie. After that, she performed in other television films like Bridal Wave, The Perfect Bride, and My Baby Gone.

The actress, on the other hand, made her film debut in 2006 after appearing in the film, The Wicker Man. After that, she went to act in other blockbuster films like Warcraft, The Marine 5: Battleground, and Crash Pad. Besides, she recently worked in the 2019 American fantasy film, Noelle alongside actors like Anna Kendrick, Bill Hader, and Kingsley Ben-Adir.

Anna also worked as a voice actress in her early career. In 2005, she gave the voice of Onyx Von Trollenberg in the series, Trollz. Trollz is an animated television series that broadcasts on the DIC Kids Network.

The series features the adventure of five teenage girls who are best friends for life. Until now, the series consists of 27 episodes in its one season cycle.

Anna Van Hooft is presently dating the love of her life, JJ Ogilvy. The couple is deeply in love and is open about their relationship.

As of 2019, the couple appears together in many places and do not hesitate to feature one another in their respective social media sites. Further, looking at the duo’s love, it won’t be a wonder if they soon share the wedding vows.

Here you can see them having their personal time at a baseball stadium. Well, the duo is just happy to be in love, eh?