Skip to content
Home » Entertainment » Who Is Andy Spade? Facts You’d Like To Know About Kate Spade’s Husband

Who Is Andy Spade? Facts You’d Like To Know About Kate Spade’s Husband 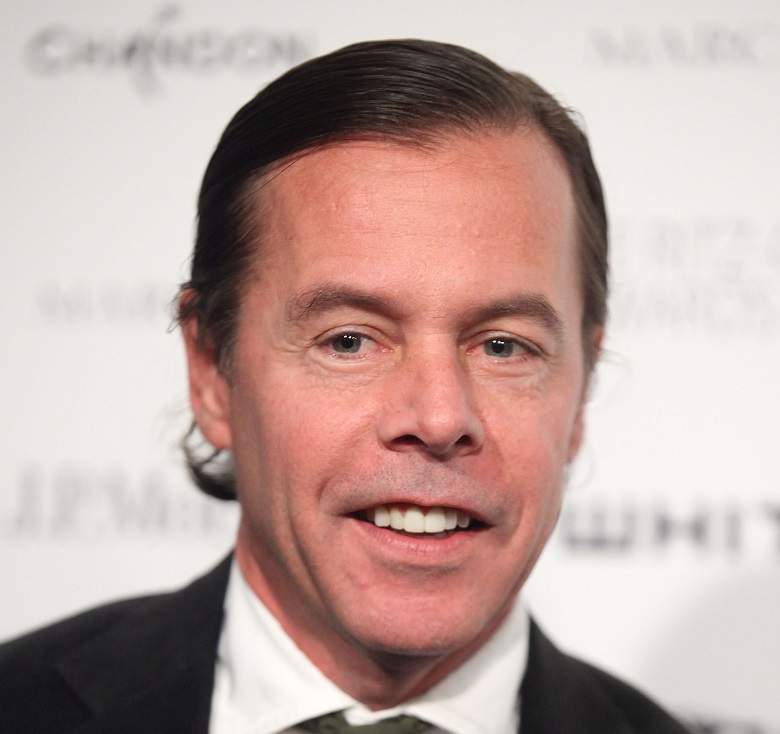 Andy Spade is a famous businessman and entrepreneur whose wife was found dead at a Manhattan Apartment on 5th of June, 2018. The business associate, and husband of the acclaimed designer, Kate Spade for the last 24 years, said his wife was seeking professional help for her mental health issues. His statement went on to stamp out any rumors of what else may have driven his wife to take her own life. People are eager to know about Andy Spade’s married life with his wife, Kate.

Along with the married life, also explore Andy Spade’s bio and other personal details.

Talking about Andy Spade’s married life, he is now single but was a married man until earlier in 2018. He was in a married relationship with his wife, Kate Spade in 1994 until her death on 5th of June, 2018. They met each other at Arizona University.

Andy Spade along with his wife welcomed their daughter, Frances Beatrix Spade, after 11 years of marriage in 2005. The couple was in so much of love with each other.

But, Andy Spade’s wife, Kate committed suicide on 5 June, 2018. Kate was found dead in her Manhattan Apartment when Andy was at home and their daughter at school. There was even a suicide note that reads:

“There is nothing to do with you. Don’t feel guilty. Ask your dad.”

It is a tragic event for her family, relatives, and fashionista who have used some of the designer’s handbags and other accessories.

Recently, on June 7, 2019, a year after the death of his beloved partner, Andy Spade paid tribute to her on his Instagram account. In the moving post, Andy shared that he along with his daughter planted a tree in the memory of his late wife and his daughter’s late mother. He wrote,

Dear Katy, this tree is for you. Bea and I are planting it outside of our big window to keep your magical spirit energy close to us everyday. It will bless our new home in California and radiate your essence 365 days a year.

He further wrote that he and his daughter feels her presence wherever she goes. Here’s the post!

Dear Katy, this tree is for you. Bea and are planting it outside of our big window to keep your magical spirit and energy close to us everyday. It will bless our new home in California and radiate your essence 365 days a year. You were illumines and we feel your presence wherever we go. I want to thank you for all of the wonderful gifts you gave me over the years. For your beauty, intelligence and grace under pressure. For your boundless generosity, unflappable honesty and kindness to all living things. For your strength, courage and conviction to your ideals. For your belief in me and so many others. For your infectious laughter and sharp wit. There was never a dull moment with you. Through the peaks and valleys and alleyways we serpentined through together you were always there. We grew up together, helped raise one another yet vowed to retain our innocence as best we could. You taught me that modesty is always the best policy, to see the good in everyone and to stand up for the crazy and less fortunate. You hated hype and loved the humble. You called me out on my bullshit yet were nonjudgmental. You talked straight and let me know when I was was being cynical or sarcastic. You were my best friend, my confidant, my partner in life, business and mischief. The ying to my yang and the zig to my zag. We played ping pong with ideas. Our shared passion for The Golden Rule, Kipling’s “If”, Strunk and White, Atticus Finch and millions other things bound us together like superglue. You were and still are my Superwoman. I hope you know how many people you inspired through the example you set in the way you lived and the work you created. You were and still are my favorite poem. I can’t tell you how grateful I am for all you have given me and so many others. May your bright, multicolored spirit shine down on us everyday. Heaven is lucky to have you but please know you are truly missed by us still here on earth. Love, Andy

Andy ended his Insta post stating that Heaven is lucky to have her but he reminded her. there are people truly missing her on earth. So heartbreaking!

Andy Spade Wiki-Bio; Career and His Net worth

Entrepreneur Andrew Spade who is known as Andy was born in the year 1962 in Birmingham, Michigan. He celebrates his birthday on 24th of December which makes his age 55. He belongs to mixed ethnicity.

Andy started his career in advertisement working on brands like Lexus, Coca-cola, Paul Stuart. He later left his job and joined his wife business. But, now Andy is a renowned businessman and entrepreneur and also a co-owner of Kate Spade New York, Partners & Spade, and founder of Jake Spade.

Andy also produced feature films with Red Bucket Films and is conceiving and publishing books through HarperCollins. CFDA honors him for his extravagant design. Likewise, he was regarded as one of 100 creative business people by Fast Company in 2009. As of 2018, Andy Spade net worth is estimated to be of $200 million.