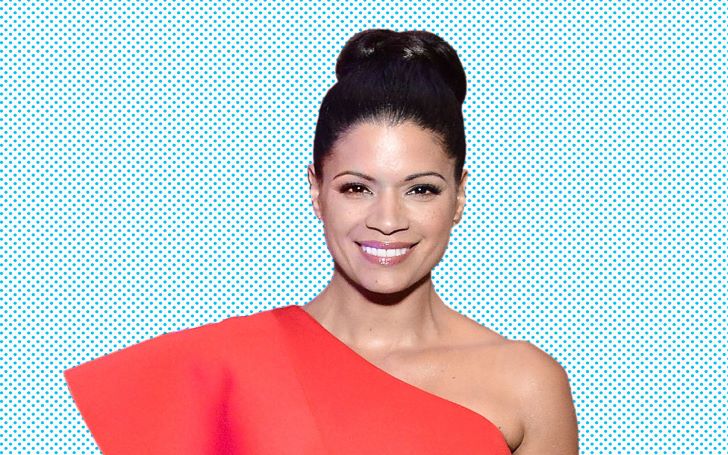 Andrea Navedo is an American actress and singer, popular for her performance in the serial drama, Jane The Virgin.

While the 41-year-old Andrea chooses a profession that puts her on the limelight, she always remains lowkey to expose much about her personal life in the public. But, alas it’s not easy for celebrities to do so with the media and paparazzi that constantly follows them. Learn about Andrea Navedo in the content below.

Andrea Navedo, a second generation Puerto Rican was born and raised in Bronx, New York. Born on Oct 10, 1977, she lived in a household with an absent father.

Growing up, Andrea Nevado witnessed the difficulties of a single mother first hand. Consequently, the struggles of her mother, helped her understand the importance of a complete family.

As a result of Andrea’s family situation, she was motivated to follow the path of increasing awareness about women’s condition. Till date, she openly supports and promotes various female leaders and their work.

Also see: Who will play the role of Serene if there is a Legally Blonde 3?

Andrea is also grateful for her mother. Even though Andrea’s mother was not initially fond of her aspiration to become an actress, she thanks her mother for sending her to a ballet dance class as a child. She admits that the classes made her want to join the entertainment business.

How Did Andrea Navedo Rise To Fame? Know More About Her Career.

Andrea Navedo took baby steps into her professional career through day time soap operas. Starting from 1995 till 1997, she played the character of Linda Soto for the ABC soap opera, One Life to Live.

Andrea Navedo also played the role of Theresa Sandoval in the CBS soap opera Guiding Light. Eventually, she made her first ever film debut in the Girl 6.

Andrea had a recurring role in the series Law and Order. She also appeared in movies like Washington Heights, Remember me and El Cantante. Later, she starred in a comedic movie, Superfast!

Navedo bagged the role of Xiomara “Xo” Villanueva in the comedy-drama show Jane the Virgin in 2014 for which she won the 2015 Imagen Award for Best Supporting Actress – Television for her acting.

Is Andrea Navedo In A Relationship?

Andrea Navedo’s husband is not a celebrity, but the couple dated for a long time before finally tying the knots. Andrea Navedo admits of being married since 2002. After her marriage, Andrea gave birth to a daughter named Ava Pietronuto and a son named Nico Pietronuto.

Even though she does not like to reveal the name of her husband, she does frequently share images of her spending time with her family. She also enjoys going on vacations in various exotic places with her family.

Andrea spends an abundant amount of money to travel to various locations with her family and friend.

Andrea Navedo’s Net worth is $3 million. She amassed her fortune through her successful acting career. Her movie Superfast made ‎$2.1 million internationally.

Andrea Navedo’s stands an average height of 5 feet 6 inches (1.68 m). Similarly, her weight is 68 kgs (152 lbs) which she maintained by working out regularly.

When and where was Andrea Navedo born?

What is the ethnicity of Andrea Navedo ?

Which colored eyes does Andrea Navedo have?

What is Andrea Navedo hair color?

How tall is Andrea Navedo ?

How many children does Andrea Navedo has?