Boxing Champion Andre Ward Announces His Retirement From Boxing, Reason For His Retirement? Details Of His Wife, Records, Children, Family, and Net Worth! 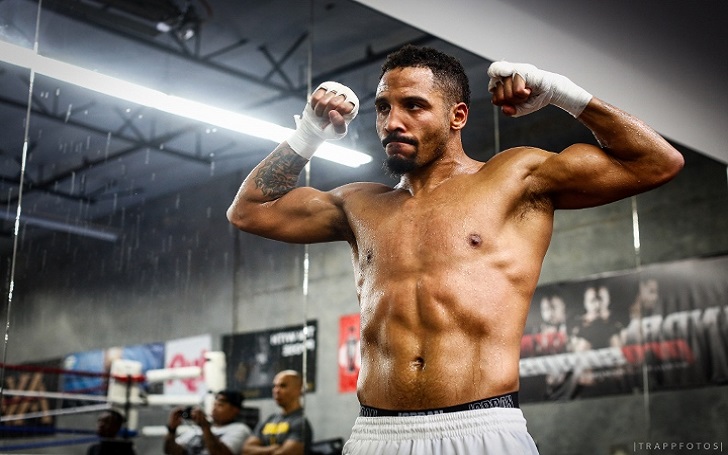 Boxing champion Andre Ward announced his retirement from boxing on Thursday, sharing a video on his Twitter. Undefeated light heavyweight champion Andre is 33 and holds great records in his prolific career.

Let’s learn about his career, net worth, retirement, and wiki-bio.

Andre Ward also released a statement on his official website and said that he is officially done with boxing; in his statements, he said;

“To the sport of boxing—I love you. You’ve been by my side since I was 10-years-old, taught me so much, humbled me. You’ve promoted me. I’ve sacrificed a lot for you, but you’ve given me more than I ever thought possible. You gave me a platform, made me a champion and helped me provide for my family. I am forever grateful to you. You and I will always be synonymous, connected at the hip. Thank you for all the wonderful people I’ve come in contact with because of you. I’ve made friends for life. As I walk away from the sport of boxing today, I leave at the top of your glorious mountain, which was always my vision and my dream. I did it. We did it.

“From the bottom of my heart, thank you to everyone who has played a part in my journey. You know who you are. I could not have done this without you. I want to be clear—I am leaving because my body can no longer put up with the rigors of the sport and therefore my desire to fight is no longer there. If I cannot give my family, my team, and the fans everything that I have, then I should no longer be fighting. Above all, I give God the Glory, for allowing me to do what I’ve done, for as long as I have.”

Andre Ward has a great record in his career, and he holds a record of 32-0, followed by 16 wins through knockout. Andre’s most recent bout was in June with his opponent Sergey Kovalev; Andre Ward won the bout with a technical knockout in the eighth round and retained his  WBA, IBF and WBO light heavyweight titles.

With all his great records in his career, how great is his record as a person in his family? Let’s find it out as well?

How Good Are His Records as a Family man?

With his glorious record in the ring, Andre Ward wins the record for being a great family man, hands down. Andre Ward is a great husband, a great father, and a good son to his mom and dad. All in all, he is a down-to-earth family person.

After more than a decade-long married life, the couple is still going strong and has no issues in their married life. Talking about his married life Andre Ward in an interview, said that his source of inspiration comes from his wife; he said;

“We started young & I’m thankful for that. My wife holds me down…you guys have no idea. She’s been with me through it all. She means everything to me. She’s my Rib & I’m looking forward to spending about another 100 years together.”

Andre Ward’s wife, Tiffiney, is also an athletic person like her husband and likes to play basketball and ran track in high school. His wife, Tiffiney is a lover; she loves her family and children immensely.

Andre Ward is also very vocal about his relationship with his wife, and on his Facebook page, he had a very sweet message for his wife, which reads as;

Andre Ward is different than any other father. Indeed, he is a good dad to his children and greatly cares about their privacy.

Short Bio Of Andre Ward and Net Worth Details!

Andre Ward, born Andre Michael Ward, is at the age of 34 and turning 35 and celebrates his birthday on February 23. He was born in the year 1984 to parents, dad Frank Ward and mom Madeline Arvie Taylor in San Francisco, California.

Both have been very loving and supportive parents to Andre Ward. Andre’s father was the one who took him to the boxing gym in Oakland, California; at that time, Andre Ward was at the age of nine.

Andre Ward started his career in boxing in 1994, and since then, there has been no turning back for Andre as he now holds a record of 32-0.

Andrew ward has amassed over 378,000 followers on Instagram as of July 2019. Like many other elite personalities, an American pro boxer also brings in a thick amount for endorsing brands.

The San Francisco native is a philanthropist person as well. Furthermore, he doesnt add thousands of dollars to his wealth but gives some portion income to charities as well. Moreover, he frequently visits schools, prisons and youth facilities to help his community and engage with and inspire people with his story.

Speaking of married life, Andrew and his wife Tiffiney have been married for 16 years now. Yet they relish one another’s company without rumors of divorce and extramarital affairs. As of July 2019, the family of six live an extravagant lifestyle in Danville, California.