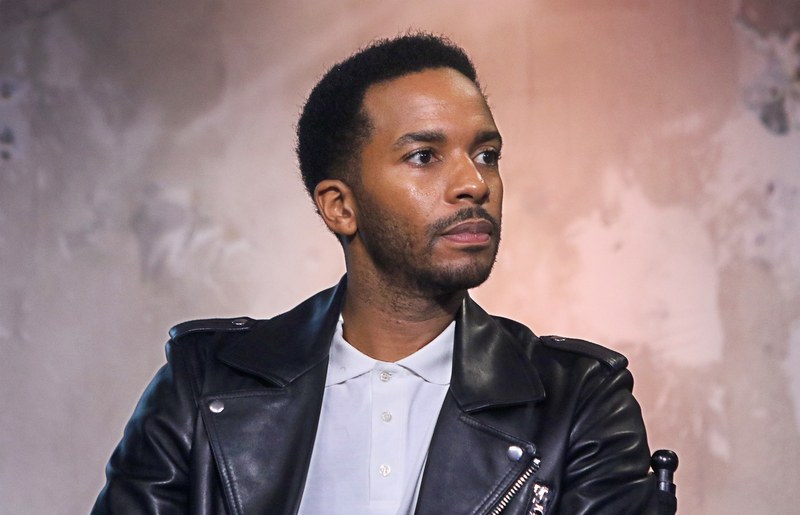 The American actor Andre Holland is known for his remarkable performance as Kevin in three Oscar-winning movie Moonlight and as Matt Miller on the FX series American Horror Story: Roanoke. After Moonlight broke all the records and stereotypes, people are inquisitive to know Andre Holland dating and marital status. Along with that, Andre Holland net worth is another topic of people’s concern.

Andre Holland Dating Affair; Who is His Girlfriend?

When it comes to Andre Holland dating status, it is tough to figure out as Andre has always been mysterious about his personal life. However, as per various rumors, he was previously dating Monica in the year 2011. Andre was once speckled together at the opening night performance of the play, Venus In Fur along with his alleged girlfriend. However, his quotes often prove that he knows how to love,

‘’I’m the old-school, letter-writing romantic. I know it’s out of style, and not a lot of women go for that these days, but that’s what I go for.’’

That was the first and last time when the duo was spotted together. Apart from his ex-girlfriend name, any other relevant info about his dating life is missing. There are no signs of Andre Holland getting married soon. The answer to the question of Andre being gay is already apparent after he dated Monica.

Speaking of Andre Holland net worth, he has undoubtedly earned an enormous amount of money from his professional career. The movie Moonlight in which he appeared made a collection at the box office of $65 million.

Andre has won the Vivian Robinson/Audelco Award for Best Supporting Actor for his movie The Whipping Man. In 2016 for his role in the American coming-of-age drama film, Moonlight, he won Critics’ Choice Movie Award for Best Acting. But what’s the figure of Andre Holland net worth?

Andre Holland has done several theatre productions. He depicted three characters in the play Blue Door in 2006 for which Charles Isherwood of The New York Times gave a positive review. He portrayed the role of Eric in the play Wig Out in 2008. Later, he did The Brother/Sister Plays and The Whipping Man.

In 2017, Andre appeared as Youngblood in August Wilson’s play Jitney on Broadway. He has accomplished in both television and film. He appeared as Julian “Fitz” Fitzgerald on the NBC sitcom Friends with Benefits in 2011. Other than that, he has been part of the Cinemax original drama series The Knick, Ava DuVernay’s historical drama film Selma.

‘’It is that rare film [Moonlight] that comes along once in a while that catches the zeitgeist. This movie is that. I certainly have my fingers crossed that it is. Everyone needs to see this movie.’’

In 2016, appearing as Kevin in Barry Jenkins’ Moonlight which won Best Picture at the 89th Academy Awards, is one of his best decisions to date. After that, he appeared in DuVernay’s fantasy adventure film A Wrinkle in Time, and his upcoming movie is Steve McQueen’s Widows.

Andre Holland was born in 1979, in Bessemer, Alabama. Any real information about his parents and siblings are not available. He went toJohn Carroll Catholic High School and Florida State University. When he was at John Catholic High School, his drama teacher was the first person to encourage him by saying to him to pursue a professional acting career. Andre received his Master of Fine Arts degree fromNew York University in 2006.

Andre Holland celebrates his birthday on December 28 and is currently 38 years old. The Capricorn born Andre belongs to African-American ethnicity.

With a decent height of 5 feet and 9 inches and powerful physic, Andre has won millions of hearts across the globe. He is not available on various social sites like Instagram and Twitter.