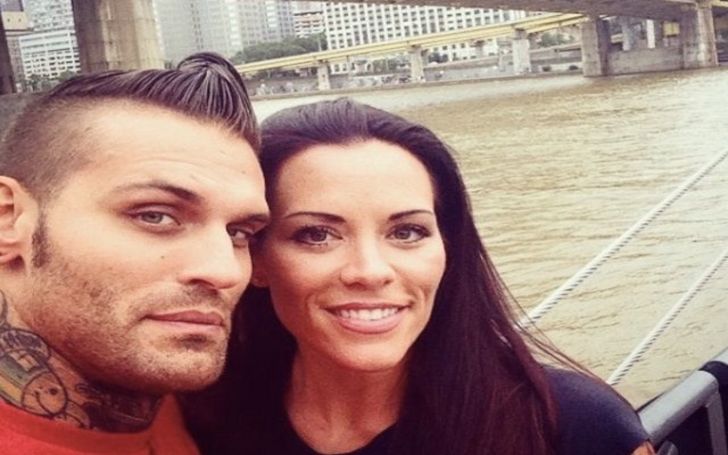 A businesswoman, gym trainer, and fitness champ, Amy Polinsky whose birth name is Amy Schneider is an American national who is better known for her failed marriage to former husband, Matthew Polinsky, known under his WWE ring name, Corey Graves.

Polinsky’s marriage with Matthew Polinsky that ended in divorce in 2019 was one of the ugly scandals to have occurred in the history of WWE. Well, what actually did happen? Here’s what you need to know.

It was Amy Polinsky who shared that she was no longer together with her husband and partner of more than eleven years, Matthew Polinsky, to public. Sadly, what shocked the public was her claims on infidelity caused by Matthew with none other than his WWE colleague, Carmella.

Understandingly, what must have hurt Amy was the fact that the former husband and wife’s children looked up to Carmella whose real name is Leah Van Dale as their role model. Amy emotionally shared a long paragraph on the matter on her Instagram.

Amy, in addition, also shared a screenshot of a conversation with her former husband. But, soon after sharing the threads over Matthew’s adultery, the fitness trainer deactivated her Instagram account.

Also, not to let it go, Amy and Matthew separated in 2018 and had been living separately too. Their break-up news only surfaced in early 2019 and a few months later, their divorce was finalized.

Like we already mentioned, Amy Polinsky deleted her online existence soon after exposing her former husband, Matthew Polinsky’s betrayal. And, since then, it’s hard to track her current whereabouts. Whatsoever, it’s certain, Amy is focused on her business and training.

Matthew, however, is in a relationship with Carmella and publicly depicts his love for his current girlfriend on social media. Needless to say, he isn’t scared or shy of declaring his affection for Carmella.

In addition, Amy and Matthew, reportedly co-parent their three children. They are mother and father to a son named Cash Polinsky and two daughters named Lola Polinsky and Lennyn Paige.