Skip to content
Home » Entertainment » Amy Bruni, The Kindred Spirits Producer And Actor Lives Blissfully With Her Daughter: “The Best Thing Ever Is Holding Your Children In Your Arms!”

Amy Bruni, The Kindred Spirits Producer And Actor Lives Blissfully With Her Daughter: “The Best Thing Ever Is Holding Your Children In Your Arms!” 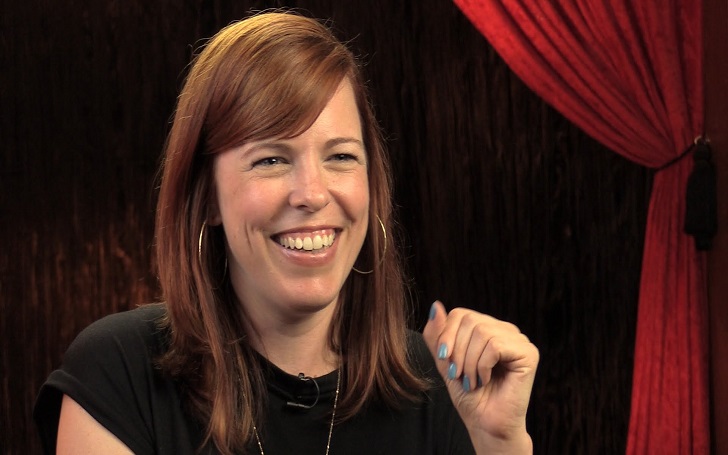 The paranormal ghost hunter Amy Bruni is an exceptionally bold lady who has followed ghosts since her childhood and now she is not alone in her type. She is already an active member of the paranormal artist’s association and has the para unity expos together with the team nationwide.

Famous for her distinct feature in Ghost Hunters (2004), Kindred Spirits (2016-), and Paranormal Lockdown (2016), Amy Bruni is an ideally loving mother. Amy Bruni daughter’s pictures cover almost more than half of her Instagram posts.

This time we are rather going to delve into Amy Bruni’ personal love life, about her boyfriend, her husband, who she is married to and how many children she has. You will find this article informational also about Amy Bruni’ age, wiki bio, family, and net worth.

Amy Bruni Covers Her Daughter Most: Is Her Husband Missing?

Amy Bruni must be a caring mother and a sensitive human being who never lets her daughter, Charlotte go down because of her busy ghost haunting schedule.

If you are patient enough to view her Instagram or Facebook account, she regularly posts pictures of her daughter and babies. She is also affectionate with her co-workers in her new paranormal show Kindred Spirits.

Being a mother and looking after your children along with your busy professional life is challenging, but for Amy Bruni, it is also rewarding!

Mother's Day Brunch with my sweetie. Happy Mother's Day to all the sweet mamas out there. Raising children is beautiful, challenging and rewarding…so drink all of the mimosas and get all of the snuggles today. ❤❤❤

While her Instagram posts are covered with her blissful moments with her daughter, Amy Bruni’ husband and married life have fallen behind the shadow of her love for her daughter. She hardly posts pictures of her husband and most often pics a man calling him an “X-Man” and a “Mr. X”.

The term “X-Man” indicates Amy Bruni had a husband and had divorced him. But, still, after the divorce, she is found with the “X-Man.” The “X-Man” is Amy Bruni boyfriend, Jimmy. Our curiosity grows why she calls him an “X-Man” and why she also appears with him sometimes.

Why is it that she calls her husband Mr. X? Do you have any clues?

Moreover, some sources claimed that she is not married but is a long term relationship with her boyfriend, Jimmy. Due to her private nature, her relationship status is still unclear.

Amy Bruni’s Married Life And Her Husband: Happy or A Weird Family?

Amy Bruni lives in her home in Boston, Massachusetts raising her five-year-old daughter. Is she single or in a relationship or having a live-in together relationship with her ex-husband is a mystery.

She has only let us know she is extremely happy with her daughter, 6-year-old Charlotte through her social media photos and posts. Her cute Charlotte appears even on her birthday wish for her “Uncle Benn” Benny Berry. Benny Berry married Adam Berry, Amy Bruni’s co-actor in the Kindred Spirits.

Amy Bruni had last posted on her blog that they have a perfectly happy family. The blog must have come amidst the growing concern on the whereabouts of Charlotte’s daddy, who must be her husband. She tried to reply to those concerns:

Just to bring you up to speed. Charlotte has a Dad. He’s awesome. We’re a super happy, loving family. We do lots of fun things together!

This was what she shared on her blog which is perhaps blocked these days. Her reply is not satisfactory regarding her married life and husband.

Otherwise, there is no need to hesitate the most precious person’s closeness with your followers. She does not also seem like boosting her career by keeping her personal life secret since we see her with her daughter in her daily posts.

Amy Bruni: Playing With Your Child Is the Best Thing For You!

For the ghost hunter paranormal Amy Bruni, dating a boyfriend or traveling with her husband is not the best thing. It is rather playing with her children. She does not say simply in words.

Her social sites accounts are full of pictures she has spent with her daughter inside and outside her home. One of her Instagram posts captions thus while she holds her sweet daughter in her arms:

In case you were wondering what the best thing ever is.

In case you were wondering what the best thing ever is.

Almost everything she does revolves around her love for her daughter. Neither her career nor her love life, the thing that only matters is her daughter, Charlotte.

Amy Bruni ranks fifth among the ghost hunters. While the top four surpass Amy Bruni’s net worth with a few thousand ($)dollars, her fifth rank credits her with the net worth of over $800 thousand.

Amy Bruni’s life will move you with paths: pity and fear both. Her career in the ghost haunting stories and settings has all to do with her childhood frightful occurrences.

Born on July 10, 1976, in Sacramento, CA Amy is already at her age of 42. She lives with her five-year-old daughter Charlotte in Boston, Massachusetts and hosts the show Kindred Spirits (2016).

You Might Like: Is Shahs of Sunset Cast “Mike Shouhed” Dating Someone After Divorcing His Ex-Wife Jessica Parido?

Before she established a career in the Ghost Hunters and Kindred Spirits, she had found herself haunted by ghosts.

Likewise, for Amy Bruni’s Instagram, she has over 76.3k followers with 4,303 posts at the moment. On a full scale, she has received over 32k likes and 911 comments on her posts till now.

People often ask if things “follow me home” from a case. They do, but not like you’d think. Sometimes, days, weeks, months later…you’re still carrying a bit of that case around. Not the ghosts, but just a little voice in your mind, reminding you of what could be different. Asking yourself if you went far enough. Wondering if there was just one more thing you should have said. And sometimes, the details of a case just haunt you because what happened there was so unthinkable, you can’t stop thinking about it. #KindredSpirits

If she ever monetized her Instagram profile, she would have earned around $307.5 to $512.5 per post. Even though she has over 76k followers, her Instagram engagement lingers low at just 3.76%.