Here’s All About Amile Jefferson’ Life! 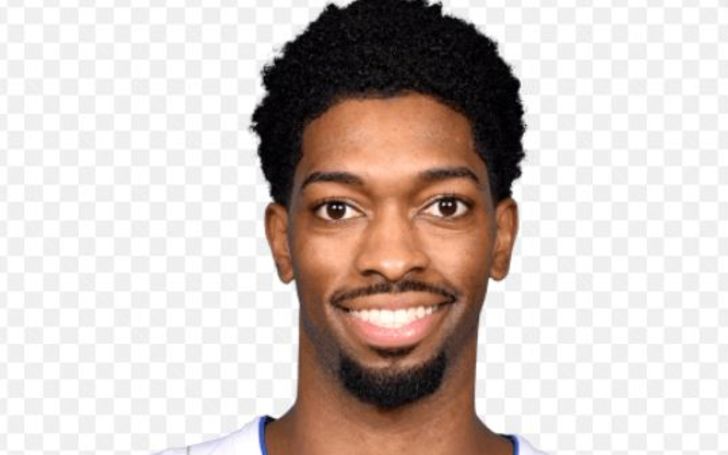 Basketball is a globally loved sport. The tall and lanky boys pushing their limits for scoring might not be everyone’s cup of tea but for sports fanatics, this is a whole another world.

NBA is the major basketball association that houses several teams under its name. Lakeland Magic is one such reputed teams with several star players to hold the pillar. Among them, Amile Jefferson is a gem you cannot miss.

Amile’s personal life details are clear from his social media shares. He often expresses his love for his family members via Twitter and Instagram and congratulates them on their special moments.

The player has many siblings and this means, the athlete has a chance to celebrate several joyful moments with his sisters and brothers. There are no photos of the guy attending a party but some cute selfies with dear ones.

As for his love life, there is not much to discuss. The player seems to be enjoying his single life more than ever. No public sightings have been made to this day that could prove potential evidence for his romantic relationship.

His Net Worth and Career Highlights

With all the success in his sports career, Amile enjoys an estimated net worth of $3.7 million. Spotrac’s 2019 and 2020 statistics reveal the salary cap of Orlando magic. According to the data, Jefferson will be taking home a base salary of $1,519,851 with 1.13 cap%.

Amile’s sport of preference has always been basketball. He has been slaying his game since his high school days. At the time, he contributed to Friends Central School located in Philadelphia.

Jefferson parted ways with his high school basketball career with an amazing set of scores. At the end of schooling, he amassed 1,569 points which included 839 rebounds and blocks counting up to 189. With such stats, he was bound to dominate his college career.

As for his college time, he played under the wingspan of Duke Blue Devils as a part of men’s basketball. His active years as a Duke University athlete extends from 2012 to 2017.

In his first season as a college student, he appeared in a total of 32 games of which, he started in seven. He had an average point score of 4.0 and 2.9 rebounds per game.

Looking back at his records, his game against Boston College contributed hugely to his upcoming career then. The sportsman scored a career-high 14 points on 5 out of 7 shooting from the court.

With such sportsmanship, Jefferson succeeded in placing himself among the other members of the All-ACC Academic Team from 2012 to 2014. During this time, he appeared in all 35 games as a forward for the Devils.

His average points were very impressive consisting of 6.5 points, 6.9 rebounds, and 1.0 assists per game. His rebounding skills also got recognition in that season. He attended 101 offensive rebounds and grabbed the second-highest rebounder title from the team. Although he played several matches, his career-best can be pointed to his 17 points against Kansas.

However, the athlete had to go through a downfall in his 2014-2015 season. It is not that the player had a poor performance but when it comes to professionalism, a single slip proves fatal to the team. His stats were just not in par with his previous season.

The player just had a mediocre season and concentrated mainly on supporting his teammates and scoring a decent amount of points. Other than that, he was the same ruthless Jefferson who slew his games on the court.

You Will Also Enjoy: Do you know about Yasmin Kavari?

Looking back at his 2014 to 2015 career, the man averaged a point of 6.4 and rebound stats of 5.7 per game. He helped his team ascend the ladders to the NCAA Championship that season.

Jefferson started his professional career from 2017 after he got drafted. He contributed to the Iowa Wolves from 2017 to 2018 and later joined Minnesota Timberwolves. Later in 2018, he signed a two-way contract with the Orlando Magic.

The news got to the ears of viewers via the President of Basketball Operations Jeff Weltman in July of 2019. The contract details did not surface on the media as per the team policy.

The two-way contract means Amile should provide services to the team’s G league affiliates which involves the Lakeland Magic. The deal also includes the terms that allow him to spend fourteen days with Orlando Magic during the G League season.

Quick Facts on The Athlete