Ami Brown: With Hope She Overcame “Cancer” And Rejoices A Happy Family Life With Husband And Children 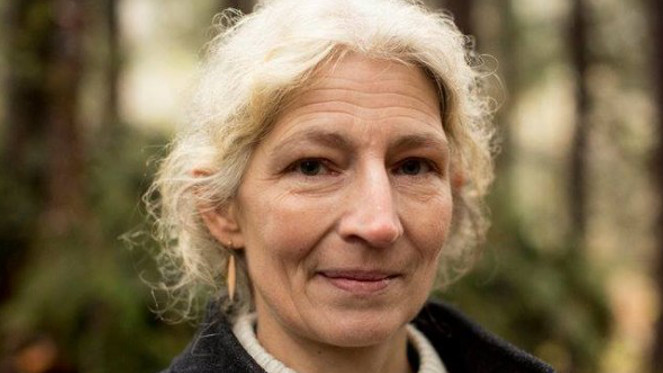 When there is hope, there is life. The statement fills us with encouragement and makes us stronger. And the American star, Ami Brown knows it very well. She was diagnosed with lung cancer and didn’t give up hope and succeeded in the battle with cancer.

Ami Brown is one of the actors of the reality show Alaskan Bush People, which aired on the Discovery Channel. The show presents the life of the family who lives in the wilderness of Alaska. The family stays away from modern civilization with no connection to the outer world.

People are eagerly waiting to know Ami Brown married life. So, who is Ami Brown husband? Also, find out the figure of Ami Brown net worth along with her battle with cancer. On deck, we’ll be exploring Ami Brown wiki facts, bio, husband, children, net worth, age, height, parents, and family.

Ami Brown married her now-husband, Billy Brown on the 16th of June 1979. Since then, she has been happily married to her husband and the children they share with full of love.

Ami met her future husband for the first time in the year 1979 and had a love affair which quickly moved to marriage. According to Billy, the duo fell in love at first sight. He even described his wife, Ami, a beautiful young woman that he ever met.

While it was the first and only wedding for Ami, Billy married for the second time. His first marriage was with Brenda. Their marriage lasted for five years only. They welcomed two children as husband and wife.

The couple, Ami and Billy lived nearby Fort Worth for some time. After that, they traveled across the US in a family truck. Later, they sold their vehicle and tools to raise money for the journey to Alaska.

In the mid-eighties, Ami, her husband, Bill, and two young sons, ages three years and 18 months board on a ship and made it to Wrangell, Alaska.

Ami and her husband, Billy, has altogether seven children. They have two older sons, Matt, and Joshua Brown, who were born before they moved to Alaska. Ami gave birth to five more children named Bear, Gabe, Noah, Snowbird, Rain Brown and raised them in Alaska.

Recommended: Everything You’d Like To Know About Gabe Brown Wiki Facts To Net Worth To Girlfriend!

Ami married to her husband for 39 years. Their relationship is still strong without any rumors of divorce, separation or any disputes.

Even though the Alaskan Bush people’s Ami Brown is still doing well with husband Billy Brown, her 36-year-old son refuses to talk to dad Billy.
So as of 24th May, 2019 Ami Brown reconciled her relationship with troubled son Matt.

This Mother’s Day the couple’s son Matt reached our to Ami by posting a heartfelt video on social media. Although the two ahd been estranged from some time, the clip was exactly whaat Ami was hoping for. Ami got emotional while she saw her son’s lovely message.

As son as Billy found out his son wandering the desert outisde of Palm Springs, California, Billy promised he would allow him back on the family’s hit TV show in one condition.

Ami was diagnosed with lung cancer in the year 2017. As she knew about it, the things became critical for her and her family, but Ami didn’t give up hope and decided to fight the battle. Talking to PEOPLE about the fight with cancer, she said

“I realized early into this that it’s very easy to want to give up and just die. And on the pessimist side, it could be my last days. But I have the will to fight.”

Ami along with her family relocated from their homestead in rural Alaska to Southern California in the process of her treatment. But when Ami got the results of the scans on 21st December, the doctor announced the good news that all signs of cancer vanished from her body.

Recommended: Les Stroud Survivorman Escaped Death But Could Not Escape Divorce: What Made His Wife Break The Married Life? Every Detail From His Age To Near Death Experience

She even gave the good news in an interview with PEOPLE which surfaced on 17th January 2018.

Well, Ami went for the regular checkup every three months and had intense chemo and radiation therapy. Past years was the most challenging phase of her life as she succeeded to escape death. She is finally cancer free but we have still much to know about her.

Ami is one of the successful reality stars who rose to fame from the Discovery series Alaskan Bush People, portraying the role of the mother figure in the year 2014. The show is all about the life of the family living in the wilderness of Alaska.

Ami along with her husband raised their family in the wilderness of Alaska for nine months without any connection with the outer world. They even survived the winters with no heaters or any modern technologies.

Ami is the lead actress of the famous reality show “Alaskan Bush People.” The reality show may be the primary source of her income. But what’s the figure of Ami Brown net worth?

According to the latest report, Amy Brown owns an estimated net worth of $500k. Hence, there is no denying that Amy lives a lavish lifestyle.

With increasing income, the expenses of Ami and her family is not growing as fast as the income. Therefore, the net worth of every family member is rising with the increasing popularity of the show. So, if any changes occur in her net worth, we will immediately update. Hence, keep following us.

Ami was born to Eugene Branson and his wife, Earlene Branson. She grew up with her elder brother, Les Branson. She had an abusive family. When she was just 15, she married her husband, Billy, and left her parents and brother.

Her birth sign is Virgo. She belongs to white ethnicity.