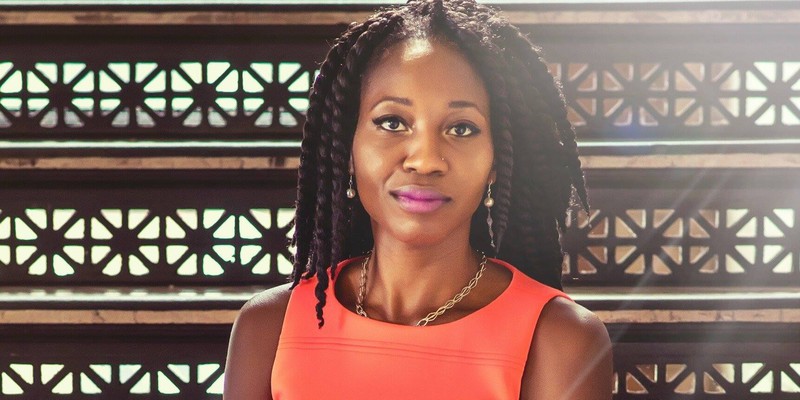 Local Voting has already begun in the USA.

Recently, on October 22, 2018, the American rapper Kanye West donated $73,540 to American politician Amara Enyia. After his generous contribution of the exact amount of debt that Amara Enyia had since her 2015 campaign, Amara is making headlines.

The campaign released a statement saying that the $73,540 debt to the Illinois State Board of Elections has been paid in full. They thanked Chicago native Kanye West for his kindness.

The municipal consultant, Amara is currently a director of the Austin Chamber of Commerce in Chicago. She also functions as the Chief Executive Officer of ACE Municipal Partners.

Most importantly, she is a candidate for Mayor of Chicago in the upcoming 2019 election. Will Amara Enyia be the next Chicago’s Mayor?

The support of Kim Kardashian’s husband, Kanye West, brought Amara into the spotlight. Henceforth, people are willing to know about Amara Enyia husband if he exists.

See More: How Much is Kay Adams Net Worth?

Though she is a politician, nothing about her husband and marriage is in the records. She hasn’t confirmed anything about her dating life either. However, she often posts about her nieces on her Instagram and calls herself as their aunty-mummy.

As of now, Amara is probably single. Rather than settling down with a husband, she is focusing on her mayoral bid.

Speaking of Amara Enyia net worth, the politician might not have a remarkable net worth figure due to her previous debt. In the 2015 campaign, as per the finance reports, she ensured $73,540 in debt. She would have to pay the debt for her to appear on the 2019 ballot. After Kanye West gave $73,540, all her dues are cleared.

How Is Gina Tolleson’s Married Life?
Following that, Amara expressed support to increase budget transparency, investment in neighborhood development projects, and create a public bank. But what is the figure of Amara Enyia net worth?

As of 2018, Amara Enyia net worth is under review. After Enyia became the candidate for the Chicago mayor, she received around $400k  for the campaign.

In 2011, Amara worked in the Chicago Mayor’s office in its policy department until Mayor Richard M. Daley’s term. After the fellowship, she served as a community organizer in Chicago’s West Side.

She also worked as an executive director of Austin Coming Together. She created ACE Municipal Partners, which is a consulting firm that works with municipal officials. Amara was the executive director for the Austin Chamber of Commerce.

From 2013 to 2016, Amara maintained a blog about local government affairs entitled “The Municipal Maven.” In 2014, she announced about her candidacy for the 2015 mayoral election.

However, she withdrew from the race later and endorsed Bob Fioretti. On August 28, 2018, she again announced about her run for Chicago mayor in the 2019 election. On October 16, 2018, Chance the Rapper endorsed her. After Kanye West donated her, she told the Chicago Tribune:

“Celebrity endorsements are great, but in my view they have to be tied to something of substance. And the specific conversation was warranted with Kanye, to make sure there was alignment on the policy platform and issues I’ve advocated for. So we definitely had a conversation, and when we talk about what Chicago needs and what it will take to get us there, he sees this campaign as a vital part of that, and that is what prompted him to support us and get over this financial barrier we have had.”

Amara was born in 1983 as Amarachuku C. Envia in Baltimore, Maryland to her Nigerian parents. Her parents were natives of Nigeria, but they migrated to the United States in the 1970s. She spent her childhood in University Park, Illinois.

Is Letesha Marrow Dating Anyone? Know Her Wiki-Bio, Relationship, Boyfriend, Children, Net Worth, and Career

Moreover, Amara went to Crete-Monee High School. Later, she graduated from the University of Illinois at Urbana-Champaign. She received Master of Education, a law degree, and a Ph.D. in Educational Policy Studies in 2008, 2009 and 2010 respectively.

Her current age is 35. Her birth date is missing. She is of Nigerian descent.