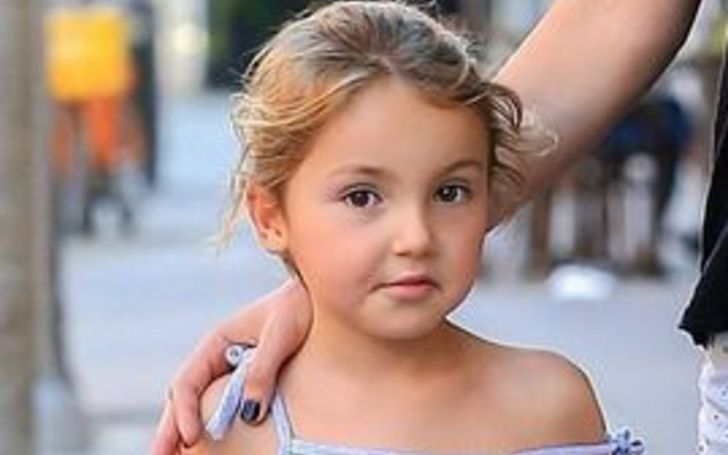 It is not surprising these days that people get recognition for being close to someone famous. Just like that, Alma Versano rose to fame as the daughter of a renowned actress.

Like any normal 7-year-old Alma is currently residing with her parents and siblings. Well, then who are her parents? How well-off are they? Get all the answers along with several other facts right here.

Alma Versano is the daughter of the film industry’s popular star Gal Gadot aka Wonder Woman. If you have not heard her name then you surely have heard the movie Wonder Woman (2017). Yeah, she is the one who plays the famous DC Comic character, Wonder Woman.

It is no exaggeration if we call Gal the most recognizable female superhero in the world. The kid’s father is Israeli entrepreneur Yaron Versano who is also quite popular in his own ways.

How is Alma Versano’s Personal Life? Does She Have Siblings?

Being born in a wealthy family, Alma Versano certainly is living like a princess. As for her daily life, she is surely doing her studies and enjoying her childhood with her family.

The young girls’ parents Gal and Yaron first met at a party in Israel, in 2006. It was almost like love on first sight for both of them and soon, they began dating.

You May Also Like: Hugh Jackman’s Daughter Ava Eliot Jackman

After dating for about two years the duo subsequently walked down the aisle in 2008. After three years, Alma was born and then her sibling sister Maya Versano (Born on March 19, 2017) came.

Although the celebrity child is not yet active on social media, her parents are. Her superhero mom is widely popular on Facebook, Twitter, and Instagram where she has millions of fan following.

But both Gal and Yaron rarely share pictures with their daughters on their accounts. It shows that they want to keep their children away from public and media limelight.

Recently, Alma Versano voiced one of the hatchlings in The Angry Birds 2 movie. Her proud mom took to her socials to share the good news as she wrote, “Looks like I’m out of the job…so proud of my little Hatchling Alma and all her hard work on Angry Birds 2.”

How Much is Alma Versano’s Net Worth?

Alma Versano is still very young and is not engaged in any professional work yet, hence, her net worth is simply out of the question.

The young girls’ parents, however, are both rich and famous and are worth millions. In Fact, her mum Gal Gadot is one of the highest paid actresses in Hollywood and makes millions from a single movie. She boasts a good net worth of $10 million, as of 2019.

And as for Versano’s father, Yaron, he is a successful businessman who has an estimated net worth of $20 million. In 2015, he sold his hotel Tel Aviv to the Russian billionaire Roman Abramovich for $26 million. Hence, with the fortune of her parents, there is no doubt that Alma along with her sister lives a luxurious lifestyle.

Not to mention, since Alma has appeared in an animated movie, she also earns now! She voiced a little hatchling in The Angry Birds 2 and for that, she must have recieved a decent salary. Since, she is a child of a superstar, she must’ve received a huge salary from her voice role. In the days to come, we’d surely want to see her act out in movies or tv shows.

When and where was Alma Versano born?

Who are Alma Versano’s Parents?

Who are Alma Versano’s siblings?

What nationality does Alma Versano belong to?

What is Alma Versano’s ethnicity?

What color are the eyes of Alma Versano?

What is Alma Versano’s hair color?

How old is Alma Versano?