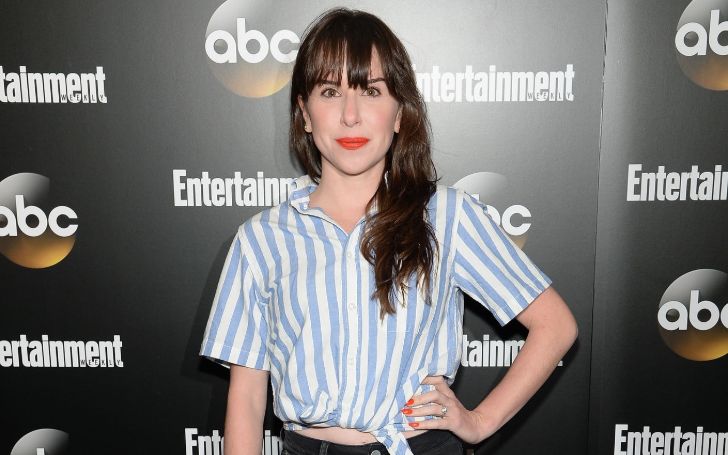 Allyn Rachel is a well-known American actress, writer, and comedian who is known for her various works in both the television and film industry.

The actress is famous for her roles in the films and series like Kong: Skull Island, Selfie, and The Good Place. If you are eager to know more about the actress, read the whole article!!!

Allyn Rachel is possibly single. Well, the actress is private about her personal life and prefers to keep tightlipped about her love life.

Rachel is also out of any dating rumors. Further, she is never seen with any men outside of the reel life.

How Rich is Allyn Rachel?

Allyn Rachel is an actress, writer, and comedian who garnered both money and fame from her career. As of 2020, she holds a net worth of $300,000.

Rachel started her career as a television actress. She debuted on the television screen after portraying a minor role in the television series, Workaholics, in 2011. Since then, she acted in many popular television series like Weeds, Selfie, Togetherness, and The Good Place. Until now, she worked alongside actors like Kristen Bell, John Ortiz, and Toby Kebbell.

The 37-year-old actress also worked in various movies in her career. In 2014, she worked on her first feature film A Million Ways to Die in the West. After that, she performed in movies like Million Dollar Arm, Kong: Skull Island, Instant Family, and Valley Girl. Furthermore, her film Kong: Skull Island was a blockbuster that grossed a total of $566.7 million on the box office against the budget of $185 million.