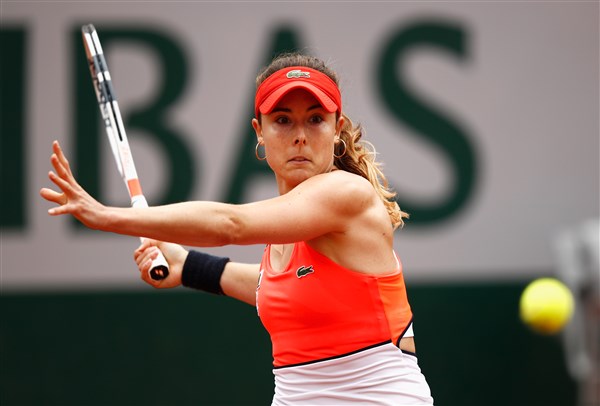 While juggling in between profession and personal lives, people often ended up messing up. There is plenty of examples to witness when it comes to the effects of the profession on own experience. However, this isn’t a problem for French professional tennis player, Alize Cornet. Who is Alize Cornet boyfriend?

The multiple title holder Alize Cornet has equally succeeded on both the spheres of her life. She has won six singles and three doubles titles on the WTA Tour and three singles and three doubles titles on the ITF Women’s Circuit. In February 2009, Alize made it to the no. 11 in the list of the best singles ranking of the world. Her popularity increases after she defeated world No. 1 Serena Williams on three occasions.  Her overall wins have helped to expand, Alize Cornet net worth.

Read More: Yvonne Orji Finally Found The Man Of Her Life: Who Is Her Boyfriend?

Unlike other, Alize Cornet is someone who doesn’t dither to flaunt her dating life over social media. Though she is not currently married, she is already dating someone special in her life. But who is Alize Cornet boyfriend?

Alize Cornet is dating her boyfriend, Michael Kuzaj. Her boyfriend Michael is a Marseille-born tennis player. Based on her Instagram posts, the pair has seemingly known each other since 2014. Alize and her boyfriend have spent their quality holidays traveling the world together.

Like we have said earlier, Alize has flooded her Instagram with adorable couple photos having an eye-pleasing caption.

As of now, Alize and her boyfriend haven’t announced anything regarding their marriage. Perhaps once they take their career to a certain height, they might be planning to get married then.

Speaking of Alize Cornet, it is no surprise that being a professional tennis player she enjoys an inspiring net worth. Till now, her prize money is $6.4 million US dollars altogether. Back in 2007, Alize won a $50,000 ITF tournament in Dnipropetrovsk, defeating Stefanie Vögele in the final.

Along with her professional tennis, Alize Cornet net worth increases from the sponsorship deals from brands like Lacoste and Lotto.

Alize turned professional in 2006 under the coach, Bastien Fazincani. Her Grand Slam debut match was at the French Open in 2005. She made it to the second round before losing l to Amélie Mauresmo. The same year, she won her very first WTA title at Budapest. In 2006, Alize reached the second round after defeating Virginia Ruano Pascual of Spain in the first round.  However, in 2007 US Open, Jelena Janković won against her in the third round.

Alize Cornet’ first tournament was the ASB Classic in 2011. She overpowered Sandra Záhlavová in the first round. Following that, she went to Melbourne for the Australian Open where she defeated Coco Vandeweghe and 26th seed María José Martínez Sánchez in straight sets en route to the third round. On 11 January 2018, ITF charged Alize with missing three out-of-competition drugs tests. Under WADA rules, she could face a suspension of up to two years but fortunately, On 15 May, the ITF announced that they had cleared Alize of the charge of missing the three out-of-competition drugs tests. Most recently, on the 22nd July, she won her sixth WTA title, at Gstaad in Switzerland.

Alize Cornet was born in the year 1990 in Nice, France. Apart from her birthdate, she has kept parts of her personal life private. There is no information about her parents and early childhood. Likewise, we don’t have any records of Alize educational background.

Alize celebrates her birthday on 22nd January that makes her age 28. She is of French nationality, but her ethnicity is unknown.

Alize Cornet has a striking physique with a decent height of 5 feet and 8 inches. She has almost 105k followers on Instagram and 129k followers on Twitter.