Little Finger of GOT, Aidan Gillen’s Married Life With Ex-Wife Olivia O’Flanagan; Loves His Two Children More Than Anyone! 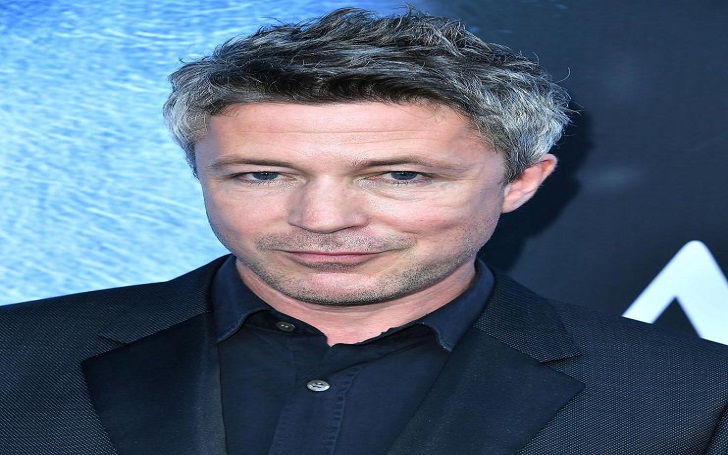 Aidan plays the role of an unmarried man in GOT. But what do you think about his personal life? Has he married anyone? If married, how is the relationship between him and his wife? Let’s find out more about the personal life of Aidan Gillen.

Aidan Gillen is an Irish actor, known for his role as Bill Wilson in ‘The Dark Knight Rises.’ Aidan married his wife Olivia O’Flanagan, sixteen years ago. He met Olivia in the year 1997 and started dating each other since then. In the early months of their relationship, Aidan was always inspired by his wife, Olivia in every way. 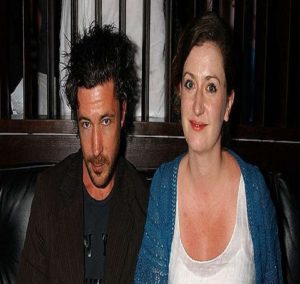 The couple gave birth to their first child- a daughter, “Berry Murphy” in 1997. Since then, they started living together with their daughter but had not married yet. After three years, the couple welcomed their second child- a son “Joe Murphy” in 2000. But they had yet to get married. They planned on getting married throughout the year. And finally, the nuptials married each other in 2001. Aidan then started living in a bigger house in Dublin with his wife and children.

Has Aidan Gillen Divorced his Wife?

The relationship between Aidan and his wife began to get worse. They tried to protect their relationship without planning for divorce. However, they finally got separated from each other in 2014. There is no report that the couple had divorced each other. They are good friends and exhibit great parenthood to their children.

Aidan is presently dating his girlfriend, singer “Camille O’Sullivan.” They are too close and enjoys the company of each other. 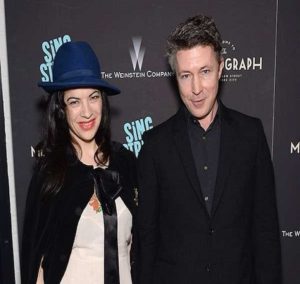 Caption: Aidan Gillen and his girlfriend, Camille O’Sullivan Dating each other.

In a recent interview on 14th August 2017, with The New York Times, Aidan Gillen talked about his role as ‘Littlefinger” of GOT. When asked about why he is evil in the show, Aidan said:

It’s pathological. I’m not trying to play him as a complete villain, really, although he had his hand in many of the more treacherous acts or events we’ve seen over seven seasons. Most of them, in fact

There is an exciting role of Littlefinger in the show. He is planning on dividing the two sisters apart: Sansa and Arya. He also seems to have a physical affection for Sansa in the series.

But, Aidan has clarified the fact that Littlefinger’s role is slightly different as it appears on the show. Let’s have a look at an interview of Aidan where he talks about GOT:

Caption: Aidan Gillen talks about GOT and Littlefinger’s role on the show ‘Throne Cast’ 6 May 2014.

A Short Bio of Aidan Gillen

Aidan Murphy is an Irish actor, born on 24th April 1968 in Drumcondra, Dublin, Ireland. He has an Irish accent. According to the Wiki, Aidan attended St. Vincent’s C.B.S. in Glasnevin. He began his acting career as a teenager, playing Nick Bottom in ‘A Midsummer Night’s Dream’ at the Project Arts Centre.

Aidan has cast in several movies and TV shows. He played Stuart Alan Jones in the Channel 4 television series “Queer as Folk” and its sequel. He also cast in The Wire, Game of Thrones, Law & Order: Trial by Jury, The Last Detective, Charlie and much more.

Aidan has also cast in several movies: Blackout, 12 Rounds, The Dark Knight Rises, The Good Man, Maze Runner: The Scorch Trials, King Arthur: The Legend of the Sword, and various other. Gillen gave his voice and motion capture performance to a 2016 video game “Quantum Break.” He has been nominated for many awards and won the Irish Film and Television Award for Actor in a Lead Role Television for “The Wire.” He has also narrated a handful of audiobooks.

As an actor, Gillen enjoys an estimated net worth of $4 million.