After Splitting With Kim Turnbull, Who Is Madonna’s Son Rocco Ritchie Dating? Know His Wiki-Bio! 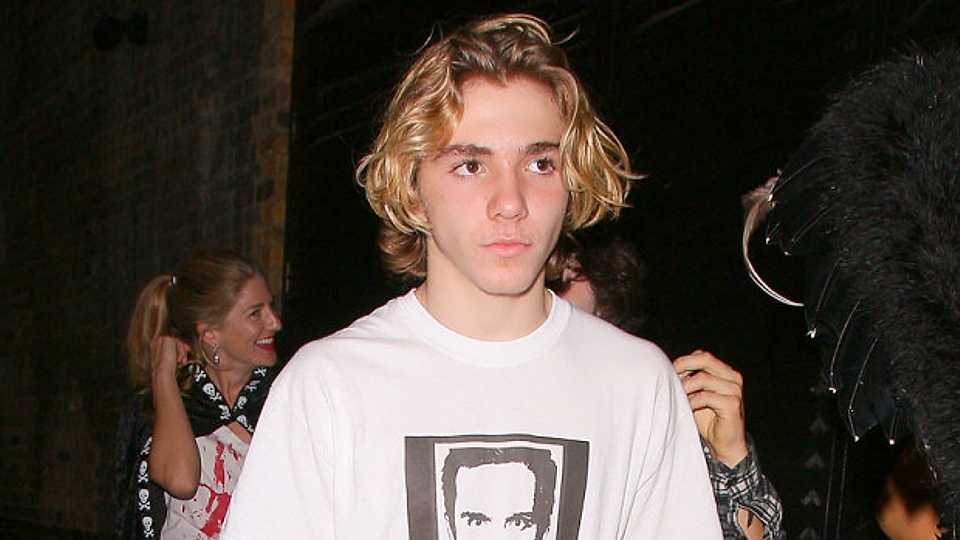 Everyone wonders how the children of legendary stars would turn into? The similar is the case with The Queen of Pop, Madonna’s son, Rocco Ritchie who lost the custody with former husband, Guy Ritchie. Media has often garnered interest on Rocco Ritchie for a signature style of baggy jeans, slouchy T-shirts, and clean-shaven heads. This 2018, Rocco Ritchie’s transformation into a vintage look of tailored Khaki trouser and slicked back brunette hair amazed the media again. Want to get familiar with Rocco Ritchie’ wiki? Does Rocco Ritchie have a girlfriend?

The once-troubled teen, Rocco Ritchie has a charm of his own. Hence, it would not be surprising if Rocco has a girlfriend. Back in 2016, Rocco Ritchie was dating a professional model Kim Turnbull, who signed with London modeling agency Select Model Management.

Gossip Mongers spotted the duo, Rocco Ritchie and Kim Turnbull, on several occasions of grabbing a coffee along Rocco’ best friend. Around the same year, Kim shared numerous pictures with Rocco on Instagram. Moreover, she uploaded a picture with Madonna and Rocco’s siblings on an attire of skiing at Verbier. However, the adorable picture of the duo is not accessible on the social media, unfortunately, hinting that they have grown apart of each other.

After splitting with Kim Turnbull, is Rocco Ritchie dating someone? Last year rumor hovered that the teenage son of Madonna, Rocco is in head over heels with a girl from the music industry. Well, she was none other than an upcoming star Chantelle Lee, titled to be the next Taylor Swift.

According to the source, the pair has been hanging out a lot in a mass of companions. On the same note, he even introduced his girlfriend, Chantelle Lee to filmmaker father, Guy Ritchie.

Rocco Ritchie is the son of Madonna and Guy Ritchie. When his parents divorced in 2008, the episodes of custody hassles prevailed for a long course of time. He has traveled most of the parts of the world along mother Madonna.

Once, Rocco complained about how his mother didn’t split enough time for him and went back to professional concert roars. On the same note, Madonna confronted that she couldn’t be a cool mother in front of a 14-year-old kid.

Back to Ellen TV program, 12-year-old Rocco Ritchie answered that Madonna was a good mother but the strict one, when queried on her personality. The mother and son duo also celebrated Rocco’s birthday together for his 13th year.

Things took an ugly turn when finally Guy Ritchie won the custody. He resided with father, developed a solid bond with him. On the contrary, the relationship between mother and son went sour where he once expressed grateful feelings that he doesn’t stay with Madonna anymore.

Rocco Ritchie was born on August 11, 2000, in Los Angeles California. Currently, Rocco Ritchie’ age is 18 years old. He had dual citizenship of America as well as British and christened at Dornoch Cathedral in Scotland on December 21, 2000.

Media names Rocco as the troubled teen as the cameras have captured the boy sipping beverage before the age of eighteen. Also, cops arrested him for possessing cannabis when the neighbor witnessed and complained the reports against him.

He adores skateboarding. Most of his pictures include Rocco grabbing his favorite skateboard. He is friends with Brooklyn Beckham, son of David Beckham and Victoria Beckham. There have been numerous times, Rocco often hangs out with his girl in the presence of Brooklyn Beckham, brother of Harper Beckham.