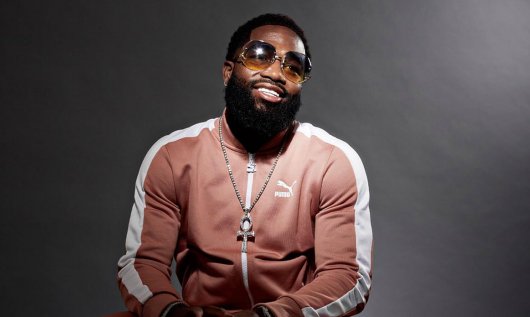 When you’re living a life of a boxer, you’re putting your life on the line. Broken bones, dislocation, bleeding, and torn muscles are inevitable when you step into the boxing ring. Along with skills, bravery plays a vital role in a boxers life. There’s a lot of professional boxers out there, and Adrien Broner is one of them.

While many people know his professional life, there are still many who don’t know about his personal life. Let’s explore Adrien Broner dating affairs, Married Life, Girlfriend, Career, Net Worth and Wiki-Bio!

Talking about Adrien Broner dating affairs, he is currently single and isn’t dating anyone. He was previously in a relationship with Arriene Gazaway who is also known as Arie Nicole.

Adrien proposed his girlfriend after a match, but later it turned out to be a prank. His girlfriend wasn’t mad about it, but it also got a lot of attention from the media. Then in 2015, he proposed her. Together, they have one child, but she has three more. The couple broke up in 2015. The exact reason behind their separation is not disclosed in the media.

Their friends say that the relationship wasn’t healthy because he was possessive and she wanted to have more freedom. Many rumors suggest that they were together in 2016, but it wasn’t confirmed.

In late 2016, people started questioning Broner’s mental health after he began to upload weird pictures with suicidal captions on social media. Many people thought that he was trying to end his life, but thankfully, it didn’t happen.

People also thought that his split with the girlfriend was one of the main reasons why Broner wanted to commit suicide and put many messages like: “Baby, please come back.”

6ix9ine or Tekashi69 is a rapper from Brooklyn and has a unique look. His real name is Daniel Hernandez, and he claims to be the King of New York. Recently, he was involved in a drama with Broner. The scene started when 6ix9ine commented ‘Clown’ on one of Broner’s picture.

After this incident, Broner quickly responded with a video on his Instagram. The two have even initiated a $300,000 bet over whether or not Adrien Broner wins in his match against Jessie Vargas. The rapper and the boxer are only feuding on the internet for now and hopefully; it doesn’t come down to physical combat.

Broner has fought in a lot of matches and also held many titles over the years. As Broner has been active in the field for a long time, people claim that Adrien Broner’s net worth is high.

Broner took an interest in boxing at a very early age. He was the back to back winner of National Silver Gloves championships from 2002 to 2003. He got the third position at the 2005 National Junior Olympics.

In May 2008, Broner made his professional debut in the super featherweight division. He got a victory over Allante Davis by way of knock-out in the first round. In June 2010, Broner defeated Puerto Rico’s Carlos Claudio for the WBC Youth Intercontinental super featherweight title.

He also won against Vicente Martin Rodriguez of Argentina in November 2011 for the WBO super featherweight title.

Caption: Broner fighting in the boxing ring against Rodriguez

In November 2012, Broner won the WBC lightweight title against Antonio DeMarco and later defended the title against Gavin Rees in February 2013. Broner had his first professional loss in December 2013 when he went against Marcos Maidana.

He had his second loss against Shawn Porter in June 2015. From 2015 to 2016, Broner was the owner of the WBA super lightweight title. Broner has also been featured in the 2013 documentary, A Day in the Life.

On July 28, 1989, Adrien Jerome Broner was born to Thomas Knight and Dorothy Broner in Cincinnati, Ohio, United States. He is professionally known as Adrien Broner. He also has a brother named Andre Broner. As of 2018, Broner is 28 years old.

Broner is an American citizen and belongs to black ethnicity. His zodiac sign is Leo. He has an athletic body with a height of 5 feet 7 inches and weighs about 67 kg. His hair and eyes are black. To stay connected to his fans, he uses Instagram and Twitter.