Is ‘friday night lights’ actress Adriane Palicki married? Who is she dating again after calling off her engagement? 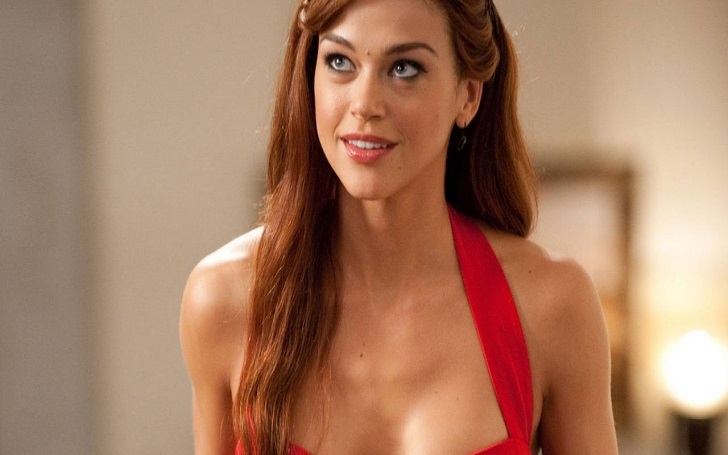 In the world of love lost and found, what is happening with the life of ‘Friday Night Light’ star Adriane Palicki. She finally gets to meet her lucky star and has found love in a man. Who might be the one to capture the heart of gorgeous actress, Adriane, we will come up with details.

Called off her wedding with her boyfriend!

In the book of love of Adriane and stuntman Jackson, they first met during the set of John Wick in 2014. The love between them started to flourish as Adriane begin working as an actress along with her boyfriend Stuntman Jackson.

The relationship between Adriane and her boyfriend went to a whole new level when Jackson came up with a marriage proposal in September 2014.

Adriane Palicki and Jackson kept all the details to themselves as they didn’t disclose anything regarding their engagement. Later they confirm the engagement when Palicki representative confirmed to US weekly. Talking about their engagement, Adriane said;

“I don’t really worry about whether a guy’s a certain type, as long as there’s a connection,” “We’re going to grow old, we’re going to get fat, but laughter lasts.”

And the sweet couple couldn’t hide the love as they show the world what they are up to.

The relationship couldn’t last long as Adriane called off the wedding in 2015. However, she made it official about the breakup during an exclusive interview with ET Online. She didn’t highlight any particular reason, but she points out the sole reason as collective output.

“Things happen. I called off the wedding in 2015. There were some major issues in our relationship that I ignored.”

“[I] realized only a couple months before the wedding that sometimes people aren’t meant to be together and it’s OK to walk away,”

Prior to hooking up with stuntmen, Jackson, Adriane was in a relationship with actor DJ Cotrona. The lovely couple was spotted together on several occasions, but she never opened about the reason for the meeting. As the couple ended up their 2-year relationship in 2013, they didn’t disclose any sole reason.

While looking further back to her lovers, Adrian was in a long-term relationship with actor Alan Tudyk, who is known for movies Dodgeball, Frozen, and I, Robot.  As the relationship ended, there is not a single hint for a reason behind the breakup of the duo.

Actress Adrian can’t hide the love for tattoos as she has added lots of Tattoos to her body. She hasn’t disclosed whether Tattoos has its significance, but she isn’t afraid to admire the art of ink. She describes herself as a tattoo addict and can’t stop from happening.

In case you are wondering about the significance of tattoo, the symbol represents ‘ohm’ which has cultural value in Hindu tradition.

Adrian failed relationship hasn’t let her down in her professional career as she picks up where she left off. She has successfully established herself in the movie industry. She has worked alongside top Hollywood stars in movies such as GI Joe, John Wick, Red Dawn, Legion.

Adrian physicality and her commanding personality allow her to work in tough women character as she has shown it in most of her high profile movies. Not to mention she portrayed Wonder woman in 2011, later TV series was canceled before due to technical and other factors.

She has worked as an agent, ‘Bobi Moorse’ in Marvels Tv series Agent of Shield. She is widely known for her role as Tyre Collete in critically acclaimed television series ‘Friday Night Light’.

Beside her, on-screen tough women character she has played in romantic comedy too. Adrian recent movie ‘Baby, Baby, Baby’ portrays her as a funny romantic character. Recently she is working on upcoming comedy-drama science fiction television series The Orville.

‘Friday Night Lights’ sensational, Adrian, is currently single and enjoying her life by keeping herself busy in acting. Hope she finds the one she deserves and wishes her best of luck for her future prince charming.