Is Adam Saleh Dating Someone? He Mentioned About Getting Married in His Vlog Once! 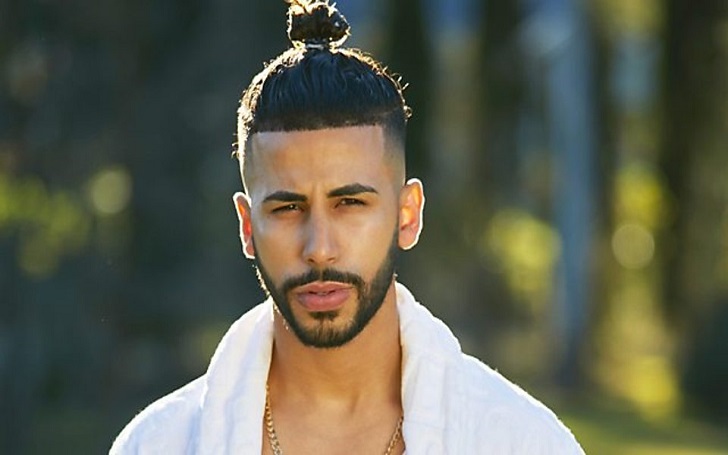 If you watch prank videos then you must know Adam Saleh through his famous youtube channels. From sex pranks to bugler pranks he has mastered all of them. Adam became a youtube star ruling million of hearts in a very short period of time. Many of his viewers are eager to know about his personal life.

So let’s find out more about the Youtube star’s dating and personal life in details.

Is the famous YouTuber Adam dating someone or married?

There are no rumors about the engagement and marriage of Adam Saleh on any online media. However, in December 2016, Adam releases” Meet my Girlfriend ” prank featuring a hot blue-eyed girl named”Binai Kurdos. But the sad part is they are not really dating each other, and she is only featured in his prank video.

Once Adam talks about his marriage in his youtube video ” I’m Getting Married”. But no wonder it was only a prank video and nothing more than that. Besides that, there is no any information revealed by the talented youtube start regarding his dating or having a girlfriend.

He started making youtube videos from 2012 as part of the youtube channel “TruestoryASA.”He began uploading prank videos which were a big hit among the audience. His video” Racial Profiling Experiment” uploaded in 2012, gained a lot of peoples attention worldwide. From this video, he becomes more accessible to his fans.

Apart from youtube, Adam has a guest appearance in a super Americal movie”American Sharia” along with actor Omar Regan. Adam also does a lot of charity work, to a various charitable organization.

Adam is also a singer and has released his own single” Tears” which became a grand hit, and ” Survivor” which available in iTunes. Adam has more than 355k followers on his twitter account @omgAdamSaleh and more than 1.3 million followers on Instagram @AdamSaleh.

Muslim-Amerian YouTuber Adam Saleh was born on 4 June 1993  in New York. By now he is at the age of 25. Adam has not disclosed the details regarding his parents and family in the media, so the information of his parents is a mystery. However he has a brother and his brother name is Yousif Saleh, and he got four nephews Hamzah, Jamal, Yousif and Mohsin, and three nieces Haila, Reema and Deena.

He started his educational journey from” Central Park East High School. He got a degree from ‘John Jay College Of Criminal Justice”. Many of his fans are crazy to get his phone number and Adam Saleh has fulfilled the wish of his fans by revealing his phone number which is (718)769-3156. Earlier in his career, he collaborated with College friend Sheikh Akbar.

Earlier in his career, he collaborated with College friend Sheikh Akbar. Through his career as a YouTuber, Adam must have a crazy worth, but the exact amount of his net worth is not yet revealed by the prankster officially.