Is actress Rebecca Ferguson dating or has a boyfriend already? Or, is she married to her career; Get more details! 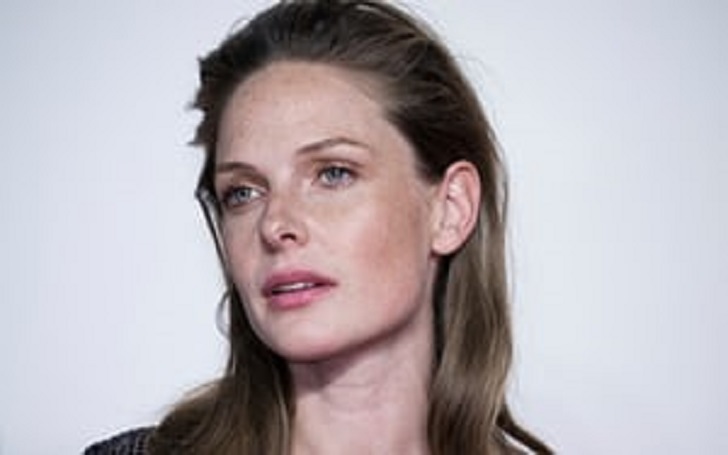 Many eyes are on Swedish beauty Rebecca Ferguson as she is in a time of her life with success in movies and TV series. But the world little knows about her personal life as she has kept it hidden for quite long.

All the craving fans of hot diva are about to know more about her personal life as we have come up with details regarding Rebecca’s boyfriend, husband, and a high profile crush.

Hot Boyfriend to date for this gorgeous actress!

If rumors are to be believed Rebecca Ferguson is dating Hollywood superstar Tom Cruise whom she worked along in Mission Impossible- Rogue Nation where she portrayed a British agent.

According to Hollywood life, Tom Cruise has moved on from bitter divorce with former wife Katie Holmes as he has found love to rejoice.

The relationship between the couple is more of a professional one while the camera is rolling, but behind the scene, the duo is flirty and admire each other.

Back in 2015, Rebecca Ferguson opened up about the on-screen connection between the duo and she falsified any rumor that cast and crew weren’t allowed to look at Tom Cruise during the set. She couldn’t be any more certain as she said:

“I don’t know where that comes from. There’s no one who has more connection. He’s a people person. I mean, I’m insecure and I question myself every time I do a scene, but with Tom you feel like an actress who is working alongside him. He’s interested and he’s present.”

In the same interview, she described the duo is very close, and they had a flirty relationship. Furthermore, she couldn’t hide her little secret as she swiftly answered when asked if Tom Cruise was her pin-up during her younger years.

‘Yes, he was definitely a heart-throb when I was young. I remember saying to one of my friends, “I can’t believe I’m working with Tom. My younger self is ecstatic!”’

There have been reports that Tom has a huge crush on his leading lady in Mission: Impossible – Rogue Nation. In fact, he wanted her back in the next installment of the popular action film series.

While describing the relationship between the couple, a source told,  OK! magazine

“They really got along, so he wanted more flirty moments and more stunts, which he mentored her through last time.”

It is believed Tom wanted to give Rebecca further bigger role so Tom allegedly reworked the script.

Besides on/off screen dating the couple hasn’t opened about the details of their further relationship. We believe the duo are hiding their love affair as they want to keep it away from media attention.

Rebecca Ferguson Married; Who Is Her Husband? Does She Have Any Children?

It is hard to tell if the Swedish hot diva Rebecca has married as there is no sign of evidence.  Rebecca Ferguson dated Ludwig Hallberg and the relation turned into a love affair as the couple started spending time together. After Rebecca gave birth to Isac Hallberg in 2007, the couple moved to Simrishamn, on the Swedish southeast coast.

At the time Rebecca wasn’t as famous as she is right now. According to the information reported on a Swedish website, the couple separated in 2015. As long love of Rebecca came to an end, some may argue the couple could have secretly married.

Moreover, due to some undisclosed reasons, Rebecca and her mysterious boyfriend broke up in 2015. Before separating from one another, they share a child, a son Isaac.

Furthermore, Rebecca also welcomes another child, a daughter. She was caught with her newborn daughter in London. The father of the child and her boyfriend is still a mystery. All these statements prove that she is dating her mysterious boyfriend.

The Men in Black: International star Rebecca Ferguson has been in a couple of romantic relationships in her life. Firstly, she had an affair with boyfriend Ludwig Hallberg for ten years. With him, she shared a son Isac Hallberg. Following the split with now ex-boyfriend, Hallberg she went on to date a guy named, Rory.

Rebecca and Rory started dating since the early 2016. After understanding one another, the pair walked down the aisle in a hush hush ceremony over the festive periods on 24th January 2019. Midst the ceremony, the lovebirds rented a cottage in the presence of their close friends and family members.

Ferguson and her mysterious husband are married for almost four years now. Yet, she manages to keep the real identity of her present husband under the wrap. Nonetheless, the blissfully married couple shares 1-year-old daughter together. The family of three resides in their lavish home located in Richmond, London.

Rebecca Ferguson was born on 19 October 1983 in Stockholm of Sweden. She is born to British mother Rosemary Ferguson and Swedish father.  Rebecca attended singing school and graduated from there. She has a lovely voice and can sing quite well but don’t misjudge her with British singer Rebecca Ferguson.

Rebecca stamped her print in Hollywood movie industry with her breakthrough role as an undercover agent in Mission Impossible- Rogue Nation in 2015. Following her breakthrough, she has worked in several other movies like Life, The Girl on the Train, Florence Foster Jenkins. She is quite busy working for her upcoming role in movies and TV series.

Talking about Rebecca Ferguson’ net worth as of 2018, the actress has a net worth of over $6 million. There is still a long journey for her to travel at the most significant height of success. And hence, more net worth to add to her present value.