Is Actor No Min-Woo Gay? Know His Dating History and Affairs! 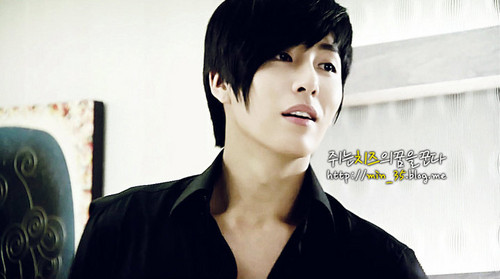 If you love Korean series and movies, No Min-Woo is no new name to you. Not only in acting, but he is also active in the musical field as well. He is considered to be one of the best and most famous actors in all Korea.

With his charming face and skilled acting, his fans and followers count over a million all over the world. But sometime being famous could give us a negative impact.

Recently, most of his fans are searching for his sexual orientation and raising questions like, ‘is No Min-Woo gay or straight’ and ‘with whom No Min-Woo dated till date.’ So today, we will be disclosing all of his facts here, stay put!

Is No Min-Woo Gay? Revealed His Sexual Orientation on Magic Eye!

On 23rd September of the year 2014, he came to the SBS show named Magic Eye. In that very episode, he was asked about his sexual orientation.

After the question session, he denied the rumors of him being gay and stated himself to be straight. The episode featured Moon So Ri, Lee Hyori, and other popular TV stars.

During the interview, Lee Hyori made a lead statement that was quite an issue. She brought a picture that raised the question on his sexual orientation. What she said was:

‘We have a picture that would make you rethink on No Min-Woo’s sexual orientation.’

In the picture, we can see that Min-Woo is giving out a cute smile, pretty similar to how girls give. And also we can see him lying on the bed. 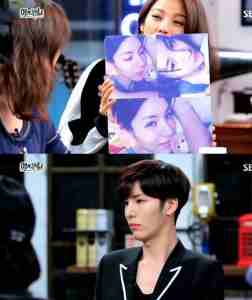 When this picture came out, people started speculating him being gay. Answering Hyori’s question, he said:

‘Just because of this smile and position, people speculated me to be gay. Actually this picture is dedicated to my fans, as they love such thing.’

‘So to keep myself clear, I want to tell and show the world that I am not gay!’

Here is the interview you would like to watch to entertain yourself:

When he made that statement, everyone became so serious that Kim Gu Ra made one funny statement to keep it cool:

‘What would you show to the world and prove yourself not to be gay?’

Not just this time, but his sexuality was questioned in past too. Earlier, he smooched Park Ki Woong. Everyone who was seeing that thought him being homosexual. But this issue too faded away with time.

If No Min is not gay, he must be in relation. During the interview with MBC, on 29th January of the year 2014, he answered about his love life.

Also Read: Is Stephanie Abrams Engaged? Who’s her Fiance? Was she Pregnant with Mike’s Child?

He revealed the fact that he hasn’t found a right partner for now and is single. He also mentioned that he does not have experience in love after entering in an acting career.

‘After entering into the field of acting, neither woman nor I asked out!’

So No Min-Woo is probably single for now and he might get his right partner soon. To know more about his news and future dating life, stay with us!

No Min-Woo was born on 29th May 1986 in Japan. By nationality, he is Japenese and belongs to Asian ancestry ethnicity/race.

His mother’s age was 20 when she gave birth to No. His mother was aspiring to become an enka singer. Moreover, No made her debut as a drummer in 2004 from the rock band, Traxx.

See More: Fashion icon/actor David Anders who is rumored to be gay dating someone? Let’s see who is his mysterious partner