American Singer Ace Young Is Happily Married To His Wife But Has They Been Blessed With Any Child? 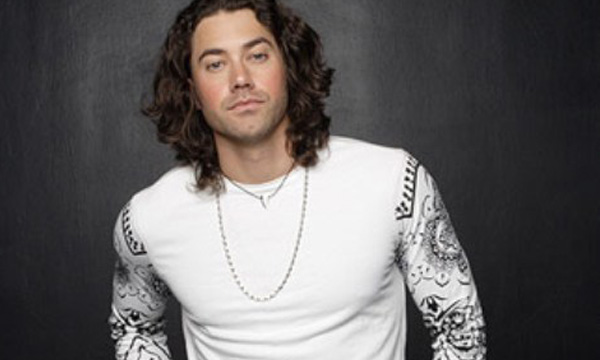 After entering the fifth season of American Idol, Ace young managed to gain massive popularity. The singer, songwriter, and actor also got enormous attention from the media after he proposed to his girlfriend, Diana DeGarmo for marriage on the grand stage of American Idol. Following a couple of Broadways debut, the happily married husband and wife will once again star together in the musical Hit Her With The Skates in an Off-Broadway production for the fall. But besides professional career, people are quite excited about learning Ace Young married life with his wife, Diana. Are they blessed with any child?

Along with the married life and children, we’ll be digging into the facts of Ace Young net worth, bio, career, family, age, and wiki.

Talking about Ace Young married life, he is married to the beautiful Diana DeGarmo. Diana was also a runner-up on the season three of American Idol. The couple currently lives in Nashville, Tennessee.

Forever Young and having fun! We couldn’t wait to celebrate so we are in Hakone, Japan where it is 14 hours ahead of our home in Nashville, TN. 😊 4 years ago today, I married my best friend and partner in life. We love all of you that have blessed us with your friendship. #livingthedream

The couple met each other during the production of the ‘Hair’ on Broadway. After dating for a while, the duo was engaged on May 23, 2012, after Young surprised Diana with an on-air marriage proposal on the season finale of American Idol Season 11. Then, Ace Young married Diana DeGarmo on June 1, 2013, in Los Angeles at the Luxe Sunset Boulevard hotel.

“Today was the best day of my life,”

“Diana and I are in it forever. She’s my best friend.”

Before his relationship with Diana, Young was previously engaged to Allison Fischer in 2009, but they later broke up. As for now, Young and Diana have been married for almost five years now, and there’s still no any signs of separation or divorce. Despite his long-lasting marriage, Young has yet to become a father. The couple doesn’t have any children. All we can do right now is wait for Young to reveal the good news.

How much is Ace Young Net worth?

Looking at Ace Young’s journey on American Idol has been quite exciting. But besides that, he has also written songs for other artists. It’s evident that he has a beautiful voice and has fans from all around the world but how much is Ace Young net worth? Well, he has achieved a lot of success throughout his career so we can assume that Ace Young net worth is worth looking for.

As of now, Ace Young net worth is estimated to be $1 million. He’s still active in his career so who knows, his net worth might increase in the future.

To stay updated on Ace Young net worth, don’t forget to check out our site.

Young was residing in Los Angeles for four years, but he failed to get a record deal. So, he later auditioned for American Idol. In the audition, he sang Westlife’s “Swear it Again.” After making it through Hollywood week, Young sang George Michael’s song, “Father Figure” for his live Top 24 performance. He also performed Michael Jackson’s, “Butterflies.”

In the week when the theme was “Songs from the Great American Songbook,” Young sang “That’s All” by Nat King Cole. He ended up in the bottom 3 and was then eliminated from the competition.

After his elimination, Young was a guest and performed on MTV’s Total Request Live. He became the first Idol contestant to be on MTV directly after elimination. On June 16, 2006, People Magazine’s named him one of the “Hottest Bachelors.” In 2006, he released his first single, “Scattered,” as a digital download on iTunes. The song managed to get on the Top 50 on the Hot Adult Contemporary sales chart.

In April 2008, Young released another single, “Addicted.” And after just three months, he released his self-titled and self-funded debut album independently. On May 12, 2008, Young appeared on the Fox series Bones alongside his fellow season-six American Idol contestant Brandon Rogers. He also starred as Joseph in the U.S. national tour of Joseph and the Amazing Technicolor Dreamcoat from January 2014 to April 2015.

In 1980, Ace Young was born in Denver, Colorado, United States. Young celebrates his birthday every year on November 15th. He was born to Kay Whitney and Jay Young. He also has a brother named Ryan. Young graduated from Fairview High School in Boulder, Colorado. He is American and belongs to white ethnicity.

As of now, Young is 37 years old. His zodiac sign is Scorpio. He has an athletic body with a height of 6 feet 1 inch. To update fans on his works, he uses Instagram and Twitter.