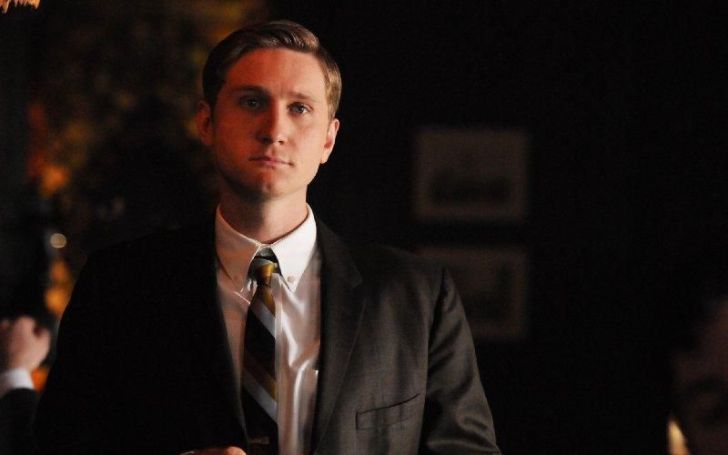 Aaron Staton is an award-winning American actor who gathered lots of love from his role as Ken Cosgrove of the series Mad Men.

The hunky actor is also famous for his roles in the films and series like Preservation, Ray Donovan, and Narcos: Mexico. Want to know more about the actor? Here take a look at all of the full personal life and professional life details of Staton!!!

Aaron Staton is married to his beautiful wife, Connie Fletcher. The couple shared the wedding vows on December 18, 2006, among their close friends and family.

The couple is happily married as of now. The duo shares unconditional love for one another and shares a strong bond.

The duo is together for more than one decade. Following this, Aron and his wife, Connie, also welcomed a son named Beckett Staton on June 29, 2010.

Aaron Staton is a Millionaire!

Aaron Staton possesses a net worth of $4 million as of 2020. He gathered that wealth from her career as a television and film actor.

Staton started his career as a television actor. In 2005 he debuted in the television screen called Law & Order: Special Victims Unit, portraying the role of Andy Wall. Since then, he worked in the television series like Mad Men, Ray Donovan, Castle Rock, Narcos: Mexico, and Girlfriends’ Guide to Divorce.

The 39-year-old actor also worked in numerous films in his career. Some of his famous movies are Descent, The Nanny Diaries, August Rush, Preservation, and The List. Until now, he worked alongside actors like Kiernan Shipka, January Jones, and Jon Hamm.