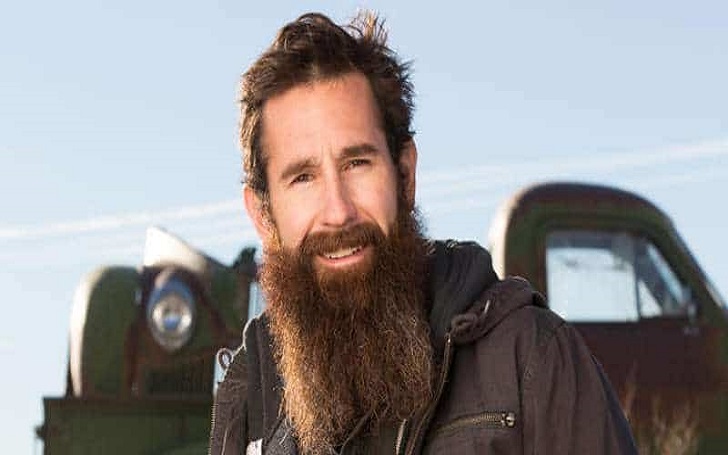 If you are a car enthusiast then you certainly have to know more about Aaron Kaufman. Popular for his mechanic skills appeared on the Discovery Channel’s massive hit, Fast N’ Loud, Aaron Kaufman has decided to ditch his co-star Richard Rawlings and the TV series Fast N’ Loud for “personal reasons.”

After parting ways with Richard Rawlings, fans were very unsettled as they wanted more of Aaron in T.V. and now with much speculation, Aaron Kaufman has finally made his comeback with a new show Shifting Gears.

Talking about his new show Shifting Gears and how it is different from his previous show in an interview Aaron said;

Initially, I had left television with the intention of staying gone from television. However … my phone kept ringing to do more television. So, finally we found a set of circumstances that I think work better for my personality.

The purchase of the vehicle bears little importance [to the show] at all. [With] every vehicle, we’re trying to use it as a catalyst to explore a different automotive subculture.

Many of his fans are now desperately waiting for his new show and how it’s gonna be compared to his previous show Gas Monkey Garage.

The TV series was all about these two skilled car enthusiasts hunting for some dilapidated car classics in the core areas of town like Texas and bringing them to their garage to revamp it into a beast. Let’s get updated on those personal reasons for his leave.

As per the report of the show, the reasons behind Aaron Kaufman absence in the show is claimed to be his own “personal reasons” but he answered those reasons in the interview.   He has his own car company, Arclight which specializes in making parts for F-100 (Ford trucks).

“ The F-100s got left behind and so we’re looking to bridge that gap, both in the fabrication of chassis components as well as complete total chassis, bumper to bumper. If we can get that ball rolling, I’d love to get back into taking on customer big builds. But right now we’re working on F-100s for four generations, 1957 to 1979. I really think it’s going to do well and if it does we’ll move back to maybe taking on some big, wild non-F100 builds. That’s where we’re at and having some conversations about maybe doing some TV.”

Looks like Aaron will be returning to the TV. But we can’t be expecting him to come work with his co-star Richard Rawlings anytime soon. Though Aaron and Richard’s relationship is like brothers, when it comes to the profession they have to choose it a hard way and deal with all the hardship professionally.

Is Aaron Kaufman a Gay?

Aaron Kaufman had always remained very private when it came to his personal life. This is the sole reason why his gay rumors trend for a long time.

The rumors are said to be created since his link-ups were never mentioned neither were his marriage news. But stirring clear of such things, Aaron tweeted a picture of him and his girlfriend Lauren Moore Knob in an event in L.A. where she has pecked him on the cheeks.

My baby and I in L.A. Last week for the program.

Aaron Kaufman is a 35-year-old mechanic, as well as a fabricator, was born on January 26, 1982. His parents raised him in Crowley, Texas. Aaron completed his high school but he never pursued college. Why? Well, he always had mechanisms of car revamping as his core interests.

It seems like it will be a while that his fans get to see him back on TV. But as people keep saying, “Better late than never!” We definitely need more of this brooding bearded beast on Television for his fans to maintain their sanity.